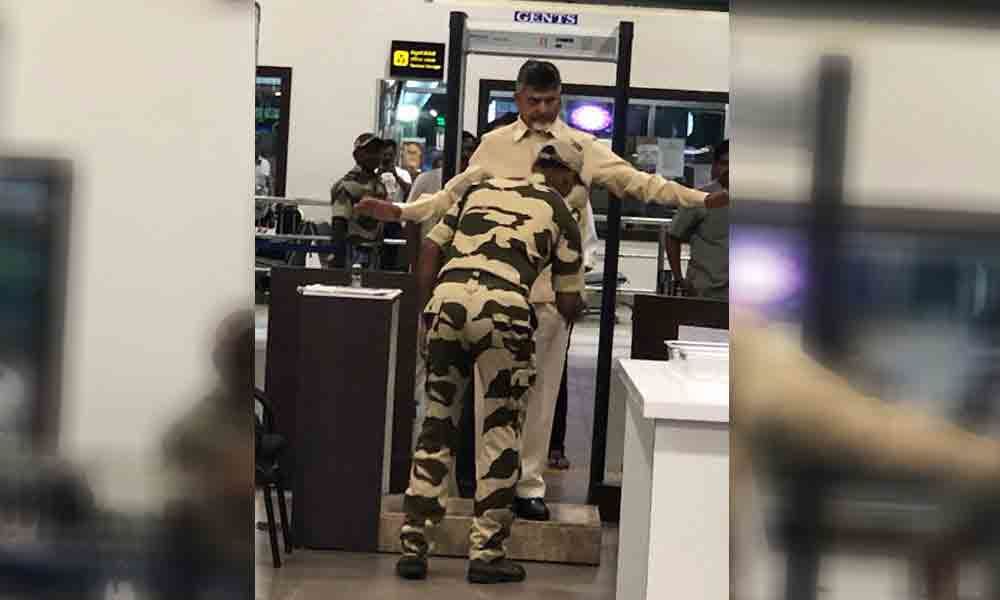 Earlier Chandrababu Naidu went to airport to catch a flight to Hyderabad. The security staff at the airport didn't allow his convoy up to the aircraft. He was asked to get down and go through the regular process of checking.

The security staff frisked him before he was allowed to board the aircraft.

More over Chandrababu Naidu was made to travel on the regular passenger bus to reach the aeroplane.

It may be recalled that pilot clearance was removed to his convoy in the State.