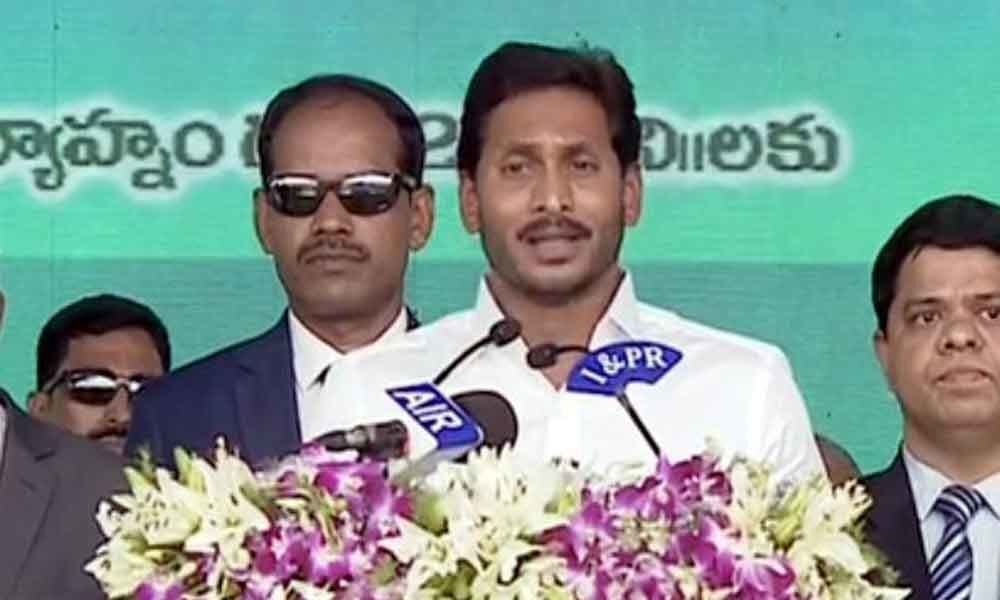 After swearing-in as Nava Yuva Chief Minister YS Jagan Mohan Reddy has first signed on the YSR pension scheme in Vijayawada on Thursday.

Speaking on the occasion, YS Jagan said during the long walkathon Praja Sankalpa Yatra of 3648kms, he has seen and heard the problems of the people and now as Chief Minister I assure you that I am with you.

During the Yatra, YS Jagan has promised to raise the old age pension to Rs 3000. After swearing-in as the Chief Minister YS Jagan has signed the first GO on the hike of pension to Rs 2250 and this increased pension will be applicable from 1st June.

The YSR pension scheme will be increased in terms to Rs 3000 in the coming days. CM YS Jagan also said he treats the election manifesto as the Quran, Bible and as Bhagavad Gita. He assured to fulfill all the promises that are made in the manifesto.