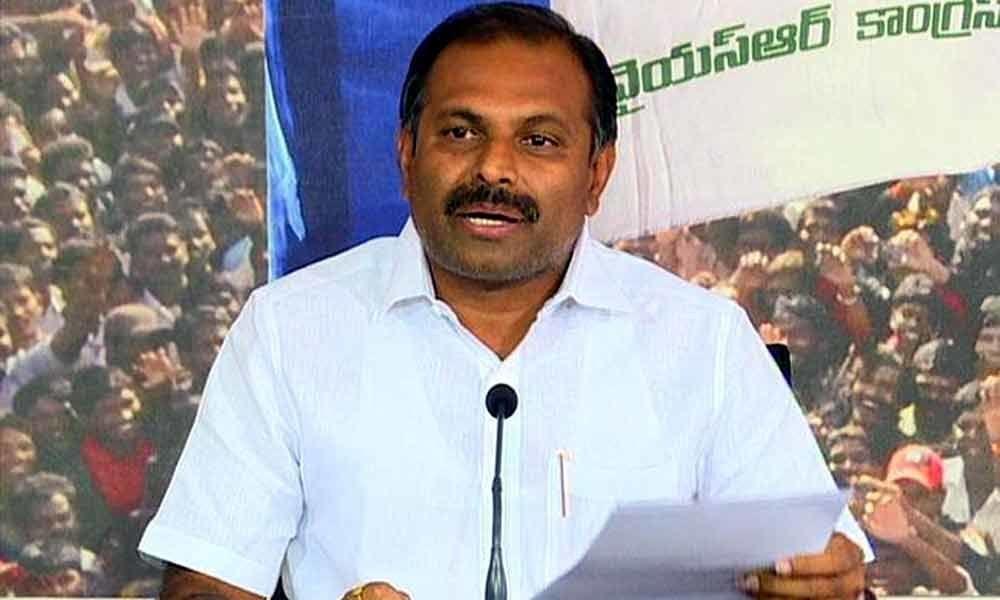 Kadapa: Despite there are several MLA's from Kadapa district are on their hard trails for securing ministerial berth in YS Jagan Mohan Reddy cabinet, finally it seems Rayachoti MLA Gadi Kota Srikanth Reddy is likely get minister post as chief minister almost finalized his name.

According to the highly confidential sources chief minister YS Jagan Mohan has sent positive indications to Rayachoti MLA over inducting him in to the cabinet when he met at his official residence. It was reportedly known that he would have provided minister of municipal administration.

Gadikota Srikanth Reddy a B.Tech engineer was the native of Sudhamala villagea severe drought hit area in Rayachoti mandal. He hailed from political family as his father M.Mohan Reddy was represented as MLA of Lakkireddy constituency.

It is said that when Srikanth Reddy was working as engineer in America, following wish of his father he joined in politics, contested from Rayachoti constituency continuously and won for 4 times in 2009 (congress), 2011 (by elections), 2014, 2019 elections on YCP ticket.

Meanwhile there also propaganda is going on Kadapa MLA SK.Amjadh Basha, Rajampet MLA Meda Mallikarjuna Reddy may get minister post as duo have met YS Jagan Mohan Reddy two days ago at his official residence represented him to facilitate ministerial berth in his cabinet.

It may be recalled that SK Amjadh Basha a strong leader in Muslim Minority in the district had won two times in 2014, 2019 elections from Kadapa city assembly segment, while Meda Mallikarjuna Reddy who was elected as MLA under the banner of TDP in 2014 elections later become government Whip, joined with YSR congress at the time of 2019 elections after he get assurance from YS Jagan Mohan Reddy providing him minister post.