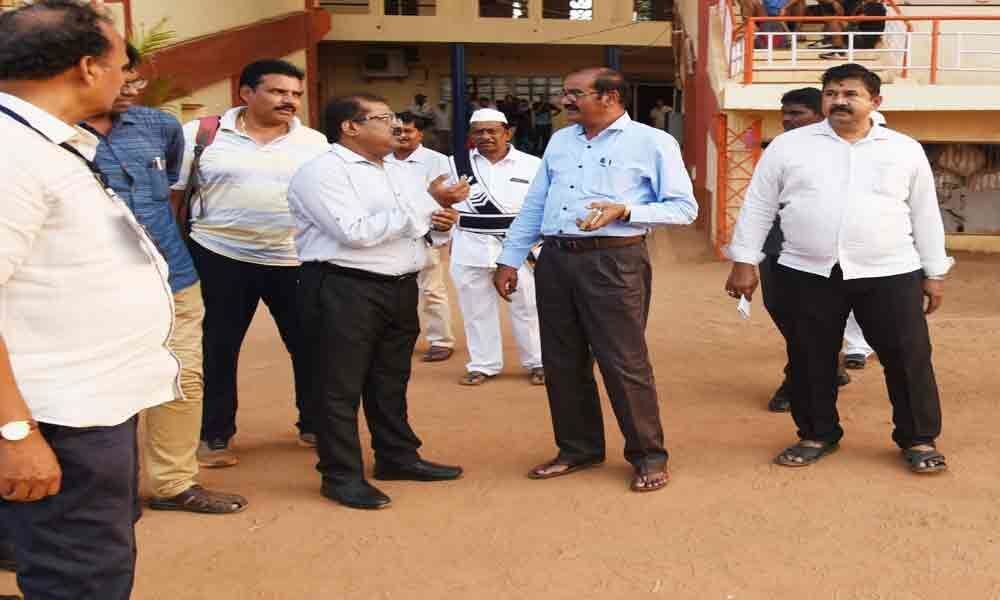 Speaking on the occasion, the Collector said that they were inspecting various venues for the oath-taking ceremony of Jagan. He stated that as part of the venue selection, they inspected the Indira Gandhi Municipal Corporation Stadium and to estimate the capacity and convenience of the programme without creating any trouble to guests and public who will attend the event.

The Collector informed that they observed the Stadium and will discuss with the Chief Secretary and City Police Commissioner before taking any decision, he said. He also said that vehicle parking, LED screen arrangements and arrangements for stage should be taken into consideration before finalising the venue.