Rousing reception to KCR in Tirupati 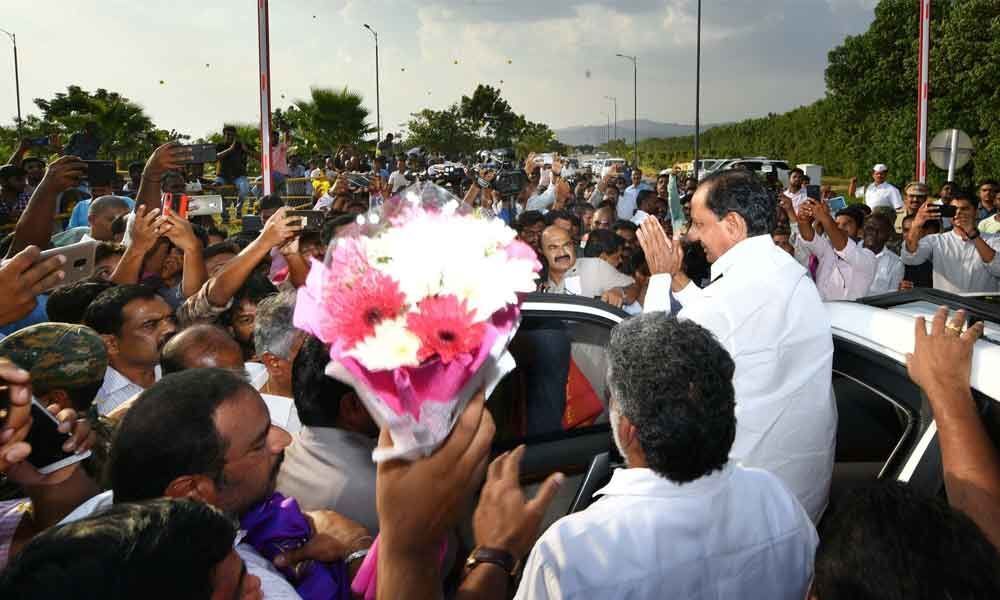 Tirupati: Telangana Chief Minister K Chandrasekhar Rao reached the Tirupati airport by a special aircraft on Sunday evening along with his family members.

Several YSRCP leaders, who were elected in the recent polls from the district, have also reached the airport to greet KCR.