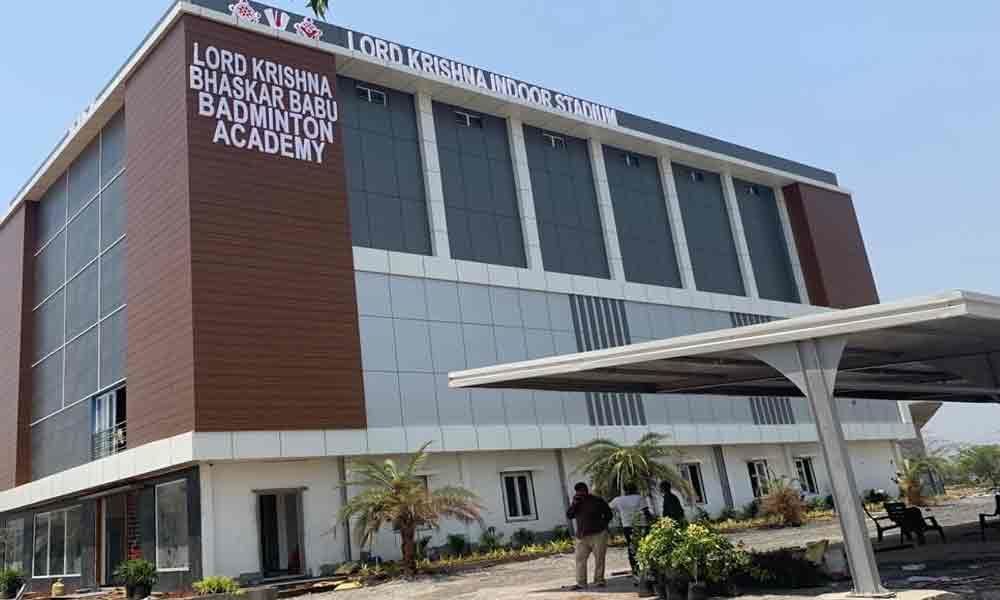 Ongole: Minister Sidda Raghavarao on Thursday inaugurated the Lord Krishna- Bhaskar Babu Badminton Academy in Mangamoor Road in Ongole. He appreciated the efforts of the Lord Krishna Badminton Academy in fulfilling the long ambition of badminton fraternity with the indoor stadium at Ongole, probably the first international standard coaching facility in Andhra Pradesh.

The industrialist couple and badminton lovers Addanki Murali Krishna and Padmapriya started the Lord Krishna Badminton Academy with a semi-outdoor clay court in 2014, and their dream was shared by people like Sidda Sudheer Kumar and other friends.

They formed a committee, which started the summer coaching camps for children below 10, 12 and 14 years age groups by appointing two full-time coaches. Their efforts paid back as the team from the academy secured the second position in Andhra Badminton League in 2017 an 2018 seasons. Murali Krishna explained how their collective efforts shaped the badminton academy and welcomed the guests.

Sidda Sudheer announced that with the inspiration from the badminton stalwarts from the Prakasam district like Pullela Gopi Chand, Karanam Basava Punnaiah Choudary, Manchala, Dr Rajyalakshmi and people like Mandava Sambasiva Rao, Jarubala Ankamma Choudary, the indoor stadium was constructed with four synthetic courts with the LED lighting system, latest equipped gym, physio and massage room with a medical facility, ice bath, jogging track, separate boarding and hostel facility for boys and girls, vegetarian and non-vegetarian canteen and a pro-shop.

Bhaskar Babu, who was a national coach and also worked as the personal coach for Saina Nehwal- the world ranked one and others like Chetan Anand, Neelima Choudary, Sudha, JBS Vidyasagar, P Sunil and a number of other international players said that he will try his best in giving coaching to the budding players.

The chairman of SAAP P Ankamma Chowdary, Vice President of Badminton Association of India KC Punnaiah Chowdary, secretary of the AP Badminton Association Cherukuri Raghukiran, secretary of PDBA C Nageswara Rao spoke about the scope of badminton in the state and extended their wishes to the management and players of the academy. Later the guests and management felicitated the chief coach Bhaskar Babu and congratulated the badminton students for having him as their coach.