TDP leaders step aside for their heirs 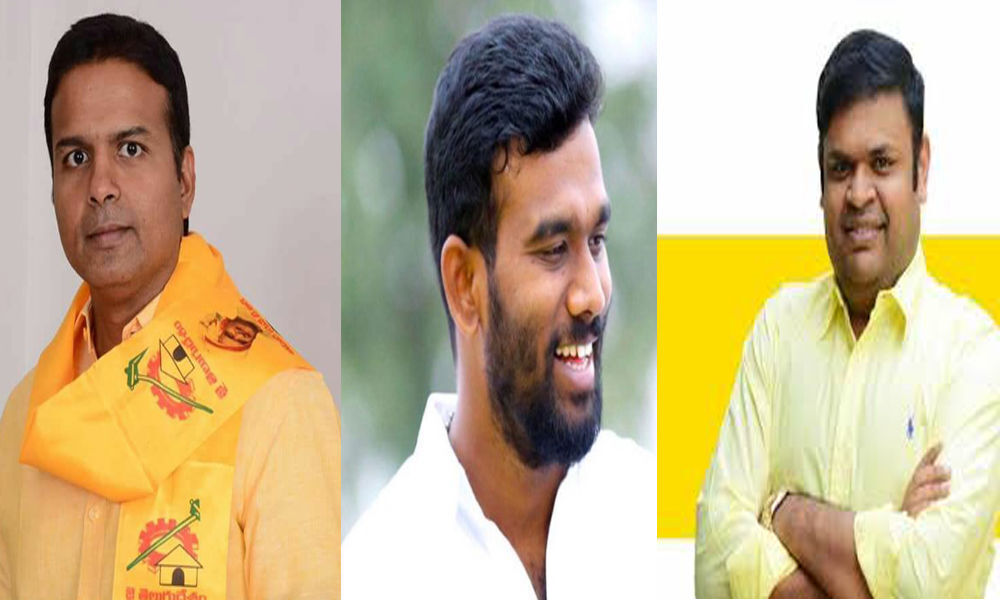 x
TDP leaders step aside for their heirs
Highlights

Amaravati: The younger generation is all set to take up the mantle in the state politics as ministers and senior leaders of ruling TDP have opted out o...

Amaravati: The younger generation is all set to take up the mantle in the state politics as ministers and senior leaders of ruling TDP have opted out of electoral race to make way for their political successors.

Chief Minister and TDP president N Chandrababu Naidu is perhaps the only exception as he and his son Nara Lokesh both figure in the list of 126 candidates announced by the party late on Thursday for Assembly elections in April. In this first list, 10 candidates are successors to the party senior leaders, including ministers.

Paritala Sunitha, another key minister in Naidu's cabinet, opted out of the race to get a ticket for her son Paritala Sriram from Rapthadu, considered a bastion of Paritala family in Anantapur district.

Kidari Sravan Kumar, whose father and TDP MLA Kidari Sarveshwara Rao was gunned down by Maoists a few months ago, got TDP ticket from Araku. Sravan was inducted into the cabinet after the killing of his father.

The ruling party has kept the names for 49 Assembly constituencies pending. The TDP chief was busy holding consultations with party leaders and aspirants to finalise the names.

The party is also yet to announce candidates for Lok Sabha elections. Polling for the 175-member Assembly and all 25 Lok Sabha seats is scheduled on April 11.

Among the 126 candidates announced, the party has retained 83 MLAs. While 14 MLAs who had crossed over from opposition YSR Congress have been fielded, three have been denied tickets. The list includes 15 women.