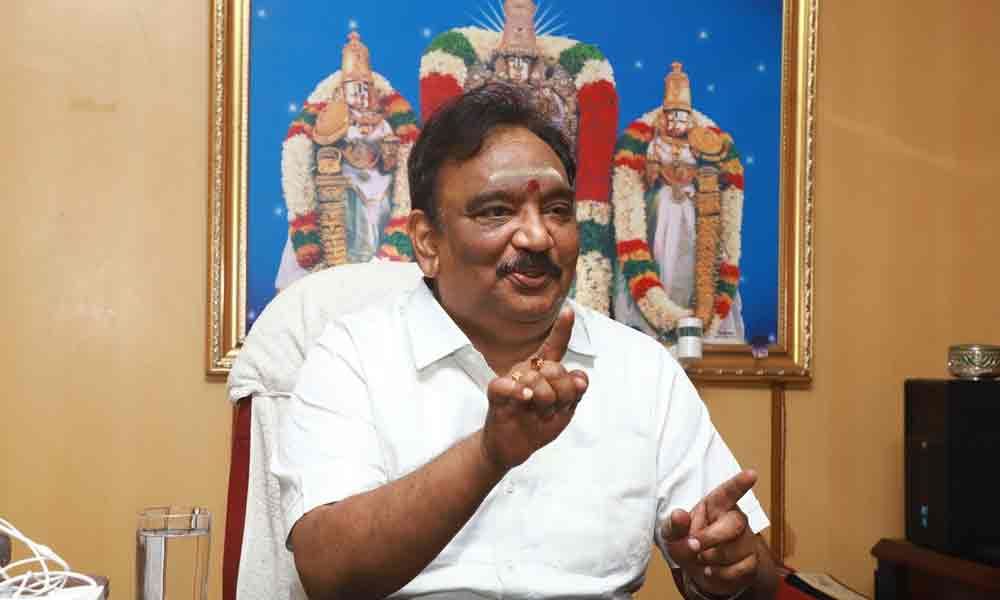 TD has embarked on a massive training programme for its vigilance and security staff and special protection force (SPF) personnel in soft skills and pilgrim management.

Tirupati: TTD has embarked on a massive training programme for its vigilance and security staff and special protection force (SPF) personnel in soft skills and pilgrim management. This was part of TTD's concerted efforts to churn out its personnel engaged in security and vigilance working in various temples including the famed Lord Venkateswara temple towards pilgrim friendly.

Despite its efforts, TTD often receives complaints from pilgrims against its personnel of discourteous behaviour and lack of response necessitating the biggest Hindu religious organisation to make renewed efforts to educate its personnel on the paramount importance of enhancing the image of the TTD.

Accordingly, the TTD through its SVETA (Sri Venkateswara Employees Training Academy) began in March this year a massive training programme on communication skills and pilgrim management for its 2,000 security personnel in batches. The three-day intense training has five chapters, history and importance of temples under TTD control, a separate chapter on Tirumala temple since ages and devotion–righteous behaviour on the first day.

Second day, the chapters include 'different kinds of devotees, 'our duty – our behaviour-our respect' and model crowd management both administrative and security wise. Public health and first aid and TTD security and vigilance set up will be covered in detail on the third day by senior officials of concerned health and security wings.

Trainee women security guards Geethavani and Lokeswari said that they were amazed to know more about Tirumala temple that has been popular since 2000 years attracting huge number of devotees from all over the country also about pilgrims coming with families from far off North, South, West and East, taking much time and facing difficulties, underlining the need to deal them with empathy.

The detailed account on the pilgrims coming to Tirumala with fond hope and firm belief of redeeming their problems sure to move anyone, another trainee said adding that the orientation class proved much beneficial to him by stressing on imbibing positive attitude and friendly approach towards pilgrims.

SVETA Director N Mukteswar Rao said that more than the facilities like comfortable accommodation, food etc. in Tirumala, the devotees are keen on to have a spiritual experience that would remain for long.

It is needless to say that this spiritual experience for which the pilgrims long for and feel blessed solely depend on pilgrim-friendly set up particularly the personnel working in the temples.

The panel of resource persons includes those well versed with Tirumala temple history, tradition, psychologists, different kinds of pilgrims and experts on various aspects of pilgrim crowd management, he disclosed.

"The purpose and core philosophy of training module is to make personnel realise the uniqueness of Tirumala temple, the glory of Lord and also know more about the pilgrims coming daily in thousands for sensitising them on the paramount need to act in more responsive and responsible way as any lapse would mar the spiritual experience the devotees longing to get in Tirumala,'' he explained while asserting that the training is sure to impact the security personnel positively.