Nellore borewell incident ended with a tragic note, one dies 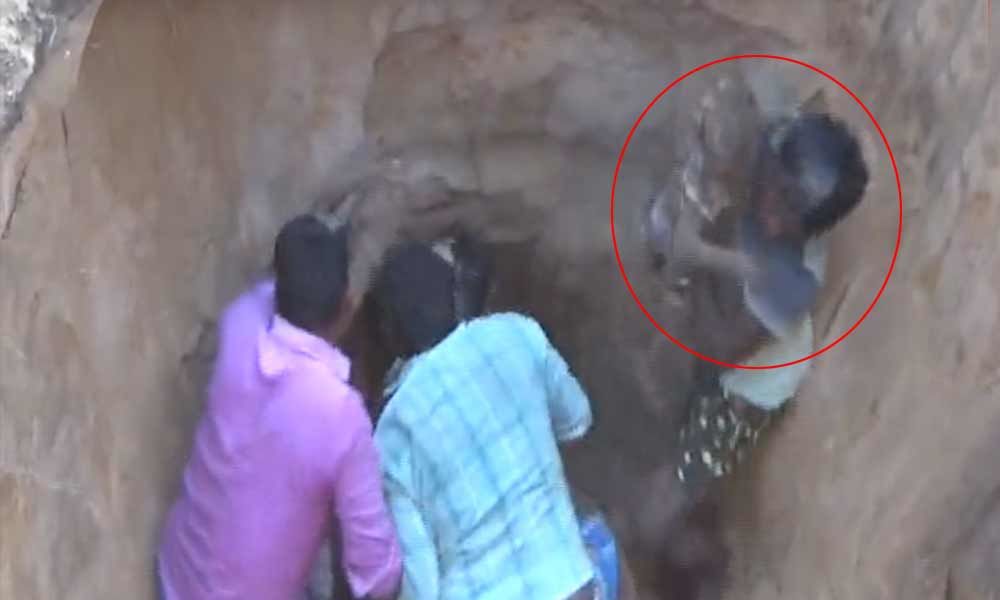 Episode of borewell event in Vidavalur mandal finally ended with tragic moments as the teams have rescued the two kids from the well but the girl died while treatment was going on.

Nellore: Episode of borewell event in Vidavalur mandal finally ended with tragic moments as the teams have rescued the two kids from the well but the girl died while treatment was going on. Two children drowned in the borewell dug as part of pipeline works going on at Peddapalem in Vidavalur mandal on Monday. It was dug four days ago for water and still pipes have to be laid.

Young kids-Gopiraju, 4, and Mokshitha,3, were playing close to the borewell and drowned in the well accidentally in the evening hours on Monday. Local people who observed this imme-diately informed to the parents and officials at mandal level for any support and they started initial rescue operations.

Since it is sandy area officials managed to dig well and rescued both boy and girl giving res-pite to the parents. Both children have been shifted to Government hospital in Ramatheer-tham for treatment where the girl died while treatment was going on. She suffocated in the well for more than 3 hours which was found to be the reason for asphyxiation which finally lead to death during severe summer conditions.

Local legislator Nallapureddy Prasanna Kumar Reddy and other senior officials personally monitored the rescue operations at the spot. A pall of gloom descended on the village as the girl was from Chirala in Prakasam district whose family members visited their relatives in the village during summer.