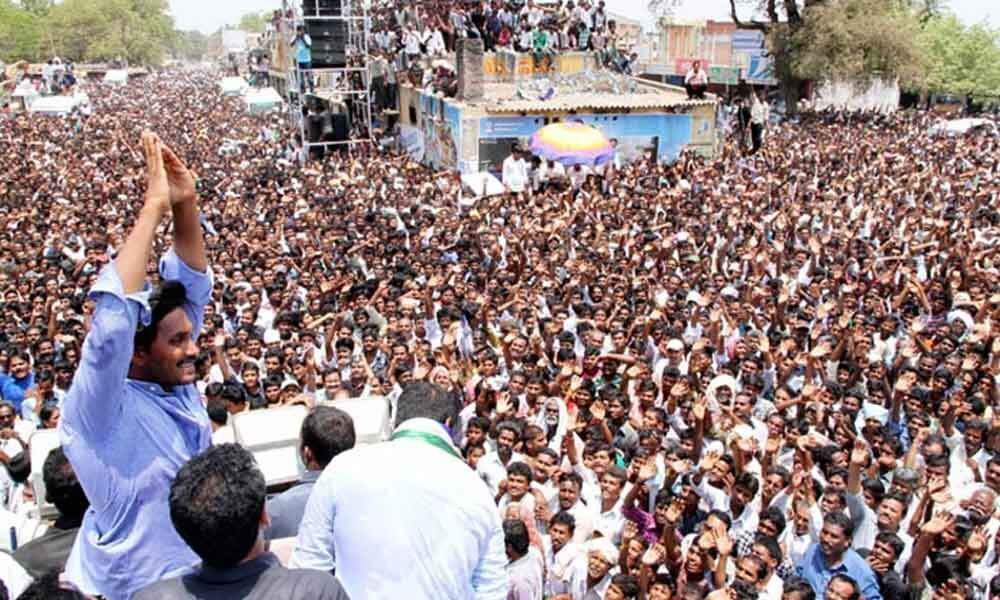 The YSR Congress party chief YS Jagan Mohan Reddy has given bharosa to AgriGold victims across the state.

Kadapa: The YSR Congress party chief YS Jagan Mohan Reddy has given bharosa to AgriGold victims across the state.

YS Jagan said that after YSRCP coming into the power, in the first budget his government will allocate Rs 1150 crore and assured to do justice to the victims.

On Friday, YS Jagan has conducted the roadshow at Jammalamadugu Assembly constituency in YSR Kadapa district.

Speaking on the occasion, YS Jagan has alleged that in these five years CM Chandrababu Naidu has not done any justice and not even released a single rupee for AgriGold victims.

Moreover, Chandrababu, his son Nara Lokesh, ministers, and his benami's are trying to grab the properties of AgriGold, YS Jagan said.

As soon as YSRCP comes into the power, we'll allocate Rs 1150 crore in the first budget, and assured to do the justice for all 13 lakh victims.

YS Jagan declared that in the first six months after YSRCP forming the government, Brahmani steel project will be inaugurated and it will be brought into full operation within three years.

Regarding the Gandikota project, 85 percent of the works were completed during the regime of late Chief Minister YS Rajasekhara Reddy. In five years of Chandrababu rule, the remaining works were not even completed, YS Jagan said.