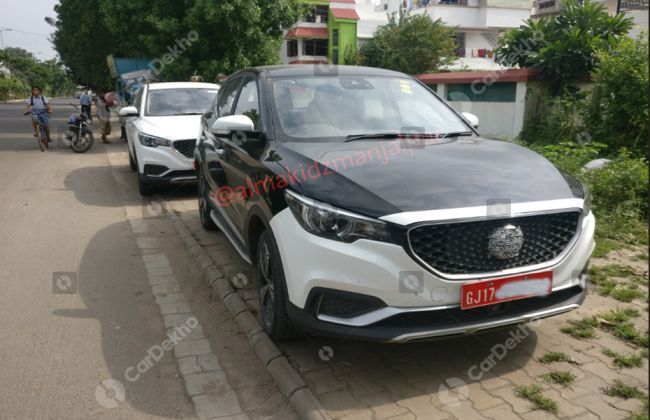 The MG eZS is expected to offer an emission-free range of over 400km The MG eZS was first unveiled in China in late 2018 and went on sale in... 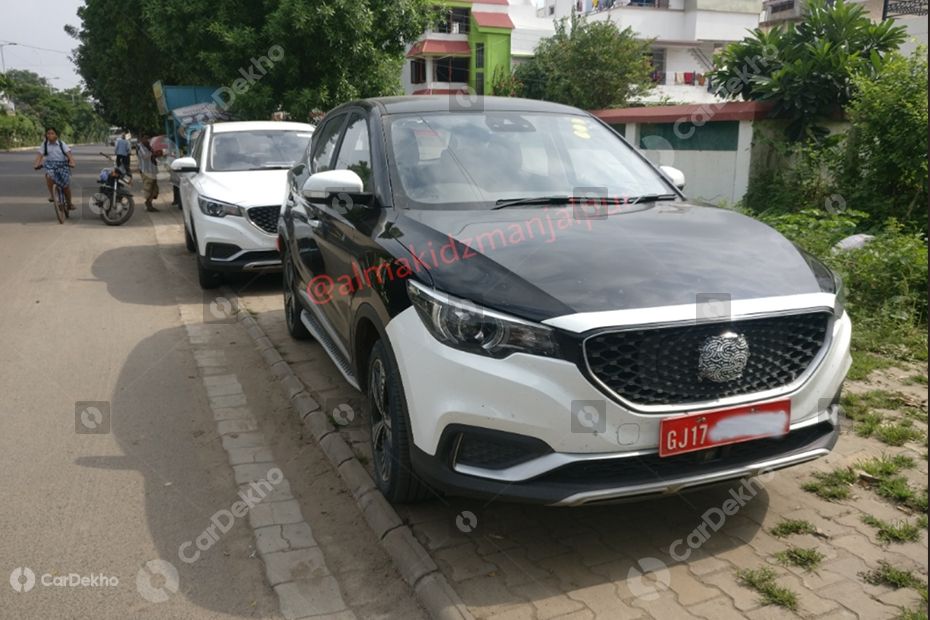 After the launch of the Hyundai Kona Electric, the Indian car market was looking forward to witness the arrival of the MG eZS all-electric SUV. However, the launch of the long-range EV was pushed from late 2019 to early 2020. Now, a pair of these electric SUVs have been spied testing on Indian roads with minimal camouflage.

The exterior design elements seen on the MG eZS test mules look identical to the global-spec model that was first unveiled in China last year. It gets the same headlamps with LED DRLs, the same aerodynamically efficient alloy wheels and the intricate grille design that houses the charging port. The only visual differences are the absence of  roof rails and two different exterior shades - white and black instead of the usual Pimlico Blue. 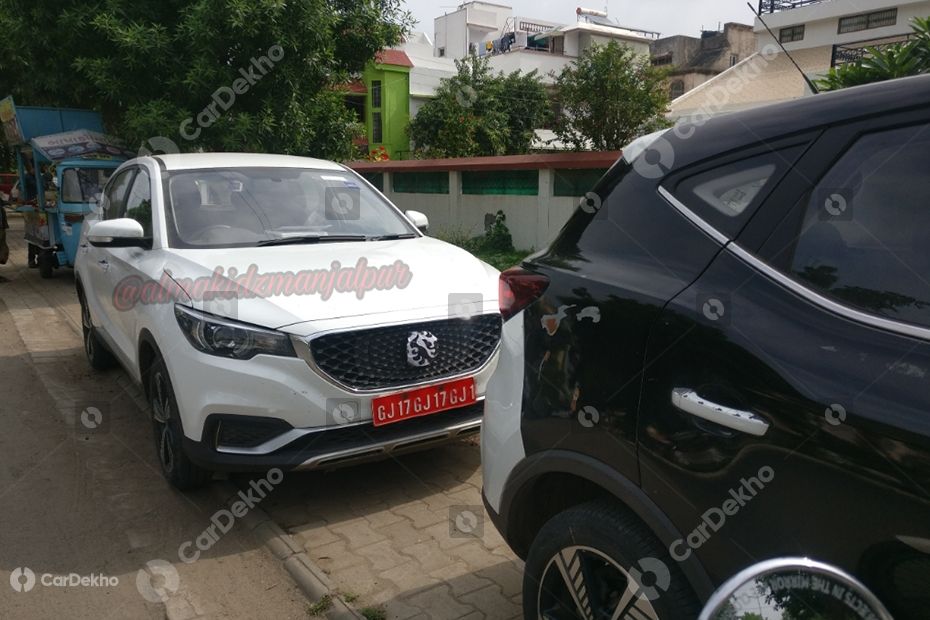 The white model is likely to be the India-spec model as it does not seem to have any radar sensors fitted on the lower front bumper that is seen on the black eZS. Or perhaps the black car is a higher variant as it also sports additional side skirts, also not seen on the China-spec model. The MG badging is covered up on both cars, but their design clearly confirms that they are the eZS.

MG had originally planned to launch the eZS in India in December 2019, but it has now pushed it to early 2020. It is already available in the UK (also a right-hand-drive market) and the interior seems to be the same as the model sold there. MG had announced that its already producing the eZS at its Halol facility in Gujarat and the vehicle will be undergoing tests across varying conditions that our country has to offer. 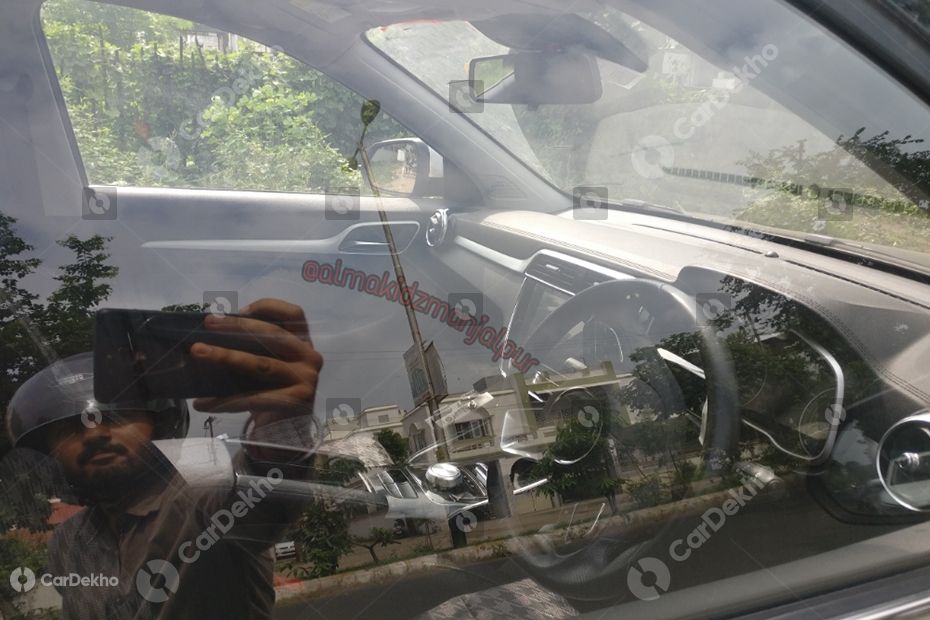 It features a conventional dashboard layout when compared to the MG Hector with a rotary dial in the centre console to toggle between the drive modes. The black MG eZS is also equipped with the 8-inch touchscreen infotainment system.

The UK-spec MG eZS gets a 44.5kWh lithium-ion battery to power an electric motor that has an output of 143PS and 353Nm of torque. As per the combined WLTP test, it has a range of 262km but under the ARAI testing, expect it offer a claimed range of over 400km on a full charge. After all, this battery pack is bigger than the one offered on the Kona Electric (39.2kWh).

Using a regular wall charger like the one MG will be fitting at customers’ houses, the eZS’ battery will take six hours to fully recharge from empty. However, if you use a 50kW DC fast charger (CCS), you can get upto 80 per cent charge in 40 minutes, claims MG. These fast chargers will be set up at select MG dealerships in India. 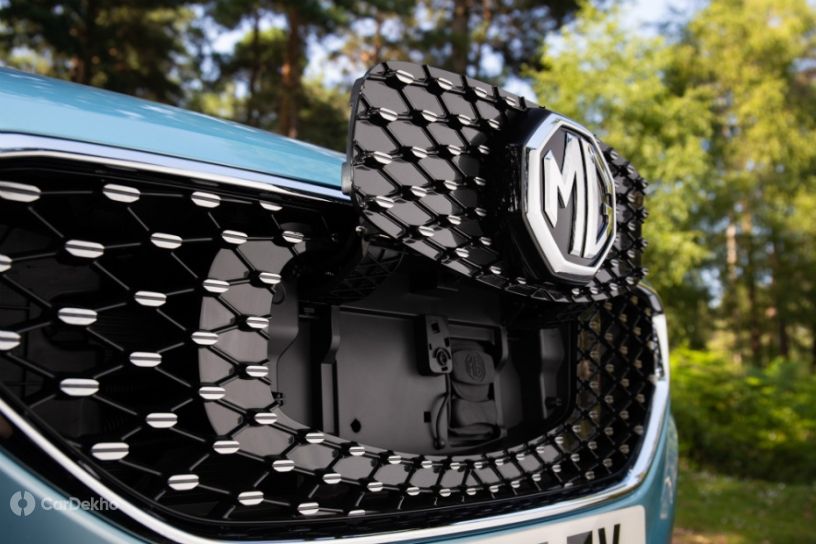 The MG eZS will be a direct rival to the Hyundai Kona Electric. It is expected to be priced around Rs 22 lakh thanks to the recent GST cuts on EVs, and will likely be offered in more than one variant unlike the Kona.