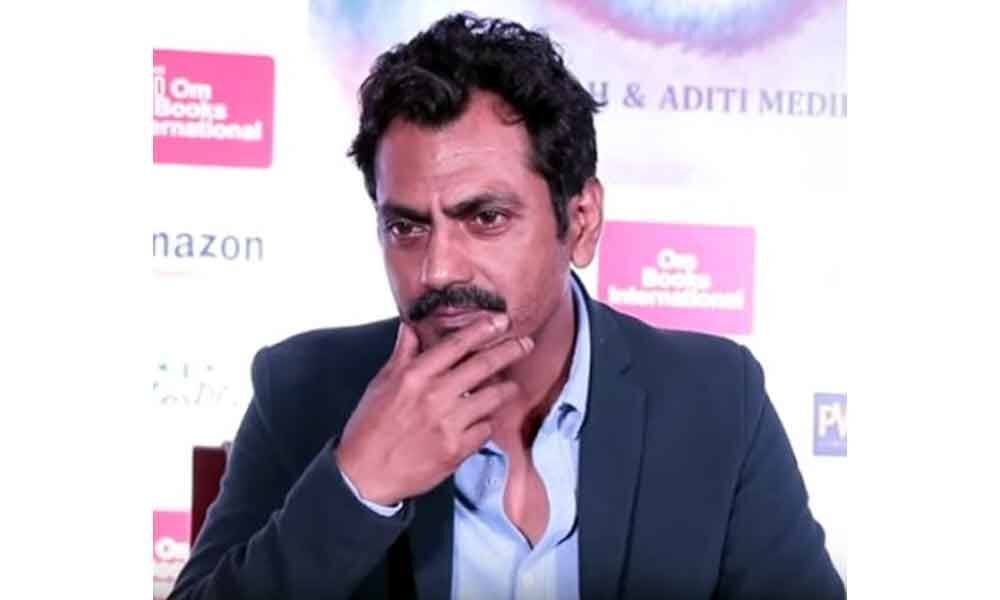 Controversial Queen of Bollywood Kangana Ranaut kick-started a debate on Nepotism by accusing Karan Johar and other people for favoring or launching only Star Kids, but powerhouse performer Nawazuddin Siddiqui doesn’t agree to that philosophy.

Controversial Queen of Bollywood Kangana Ranaut kick-started a debate on Nepotism by accusing Karan Johar and other people for favoring or launching only Star Kids, but powerhouse performer Nawazuddin Siddiqui doesn't agree to that philosophy.

Nawazuddin Siddiqui graced the launch of author Neeta Shah and Aditi Mediratta's book titled "The Stranger In Me" published by Om Books International on Tuesday.

When asked about Kangana Ranaut's bold claim and his thought on the matter, Nawazuddin said, "See the good thing about our industry is that, if you have talent, sooner or later, it comes to forefront it gets recognized and then no-one can stop that talent. Have you seen someone walking on the road and starts complaining that I have talent but didn't get the work, it doesn't happen, it might take some time to get work. If you're worth something than no one can stop you"

"There is so much going on in industry, films, web-series and what not, you can even put your performance on You Tube, and once people see it, you get called. But you cannot just say that we're treated differently, we're not getting work, only star kids are getting work, it is not the case. There is whole lot of actors coming in industry working on various platforms; they are worthy and talented, hence they got the work. And if someone doesn't have talent or worth, they will keep on saying something or other" added Nawaz.

Nawazuddin made a mark in the film industry coming from a non-filmy background. He is known for his films like "Gangs Of Wasseypur", "Badlapur", "Bajrangi Bhaijaan" and "Manto" among many others.

Currently he is prepping for the second season on Scared Games for Netflix and movie titled Raat Akeli Hai.