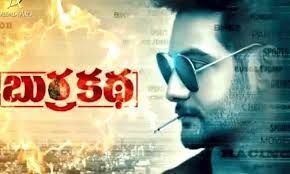 Aadhi Sai Kumar's Burra Katha has been struggling to release over the past one week. Earlier, the film was supposed to release on the 28th of June. It ...

Aadhi Sai Kumar's Burra Katha has been struggling to release over the past one week. Earlier, the film was supposed to release on the 28th of June. It was pushed to 29th due to some delay in the censor formalities. Later, the makers cancelled the release on 29th and stated that the new release date will be announced soon.

Finally, today it was officially announced that the film will hit the theatres on 5th of July. There will be no more delays and the films will release this Friday at any cost. Thus, it will be clashing with Samantha's Oh! Baby at the box office. Aadhi, who is in a success drought, is hoping to score a hit with this one.

Directed by Diamond Ratnababu, Burra Katha is the story of a young lad who has two functioning brains The film is a complete family entertainer with ample amount of emotions. Mishti Chakraborty and Naira Shah played the female leads in it.