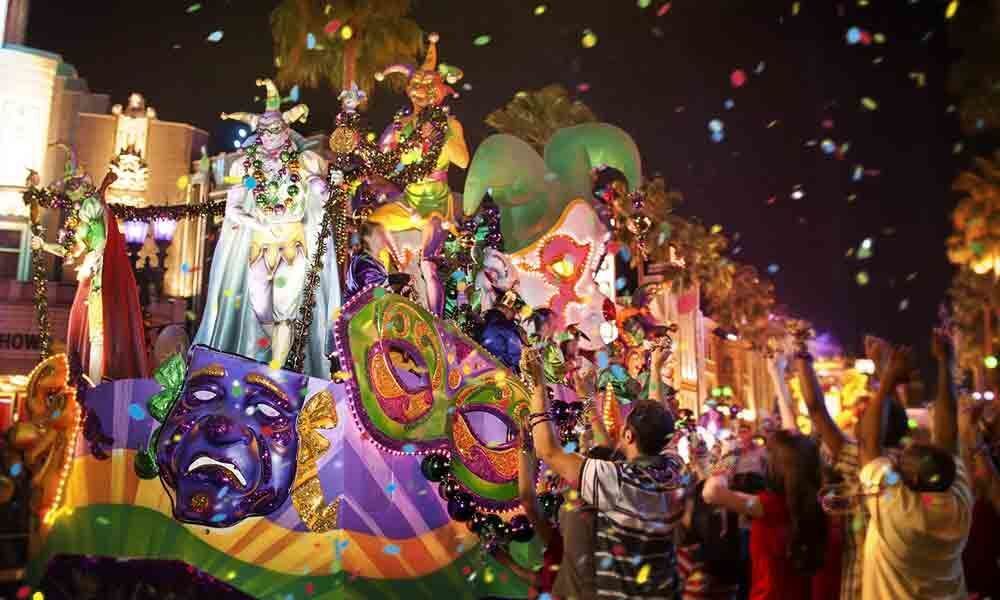 If you have been bitten by a travel bug or are still contemplating which destination to go to, to begin your memorable travel life journey, we have curated the top experiences from across the globe you must experience once at least. What are you waiting for? Start packing now and tick off the locations from your bucket-list.

Mardi Gras is celebrated in all of Louisiana. The parades in New Orleans are organised by social clubs known as krewes and are to Mardi Gras means Fat Tuesday in French. It is celebrated the day before Ash Wednesday, during the start of Christian Lent season leading up to Easter. In order to prepare for fasting, people traditionally eat a lot of fatty food in the run-up to Lent, and particularly on the last day. On Mardi Gras day, the biggest parades in New Orleans take place. It's 'The Greatest Free Show on Earth' as people call it and must be in your bucket it.

The holiday was originally a religious celebration honoring the death of Saint Patrick. Traditions include wearing green clothing and shamrocks, public parades, live music, and dancing. The Lenten restrictions on eating and drinking are officially lifted for the day, Irish people enjoy their lovely feast with whiskey.

According to IWA – Irish Whiskey Association additional 5 million bottles of Whiskey consumed in the week of St. Patrick's Day than in any other week. However, there is no evidence that St. Patrick's introduced Ireland to Whiskey it is definite that he has influenced its consumption.

It is the second largest annual jazz festival in the world after Canada's Montreal International Jazz Festival. The Montreux Jazz Festival is held annually in early July in Montreux on the Lake Geneva shoreline. Finest musicians from all around the globe come to perform in Montreux. Though it's centered on jazz, they have also implemented other styles of music, so there's a lot for blues and rock fans too. This should be in the bucket list of every music lover and if you are not a music lover, you will fall in love with music after attending this festival.

Holi is a festival of colours which generally falls on a full moon in March. Vrindavan's 'Phoolon ki Holi' is extremely famous in India and abroad. People throw balloons filled with water, drench each other with water guns, and then cover each other in dazzling color powders. If you like watching plays and skits, then celebrating Holi would be a great experience for you in Vrindavan. Holi in Vrindavan usually attracts thousands of tourists every year. One of the delights of Holi is the Bhang and Ghujiya's made available at various temples while celebration. Holi here usually start a week before the actual day of celebration and is celebrated in different part of Braj on separate days.