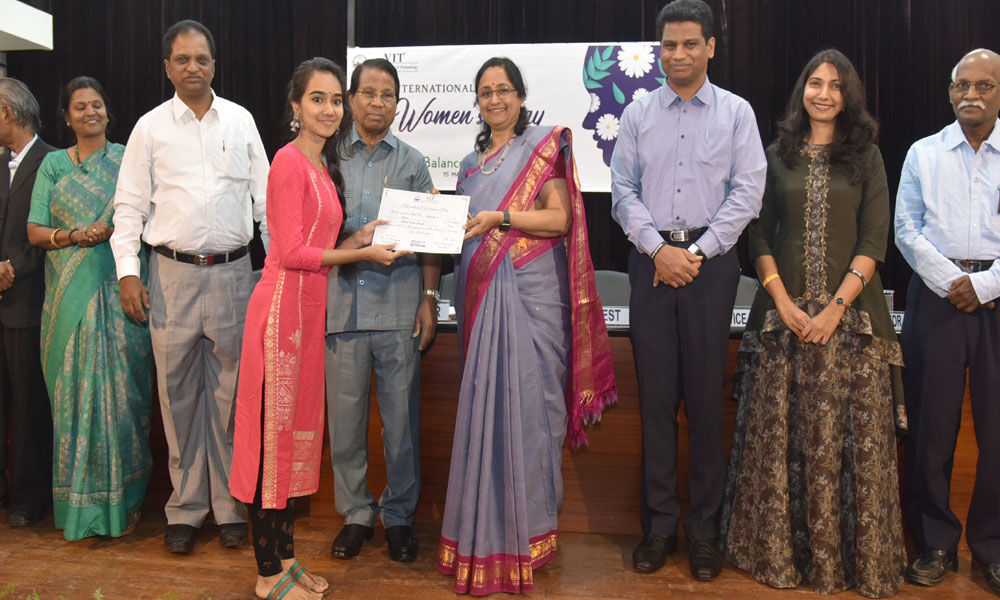 Chennai: A 13-floor hostel building named after former Prime Minister Atal Bihari Vajpayee and a five-floor administrative block named in the memory of...

Chennai: A 13-floor hostel building named after former Prime Minister Atal Bihari Vajpayee and a five-floor administrative block named in the memory of Mahatma Gandhi were inaugurated at the Vellore Institute of Technology on Friday.

Padmaja Chunduru, Managing Director and Chief Executive Officer of Indian Bank, dedicated the buildings as part of International Women's Day celebrations in the presence of Dr G Viswanathan, VIT founder and chancellor, said in a statement.

Muthazhagi said, "learn as you teach and teach as you learn," and added that she always looked up to Chancellor Dr Viswanathan as one of her mentors as he was always, simple, young and energetic.

Dr Viswanathan said that women formed 49% of India's population and were the backbone of saving money, in the country. At present, they constituted only about 7 to 8% in legislative assemblies in the State, 10% of the judiciary strength in high courts and among legislators in Lok Sabha and RS - the lower and upper houses of Parliament, the number was only 12 and 11%.

G Muthazhagi, vice-president, Delivery and Support (ERP), Ramco Systems and a former student of VIT, was the chief guest. While the Hostel Block was built at a cost of Rs 105 crore, the Academic Block was built with Rs 51 crore.