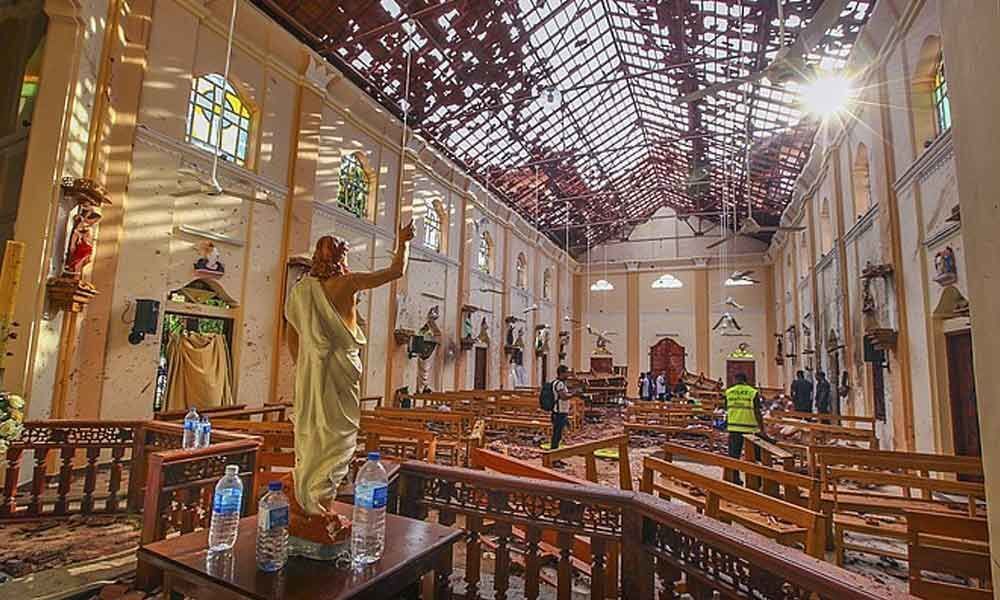 In the aftermath of the Easter carnage in Sri Lanka, Indian investigators seem to be at sixes and sevens as there are many missing links that go...

In the aftermath of the Easter carnage in Sri Lanka, Indian investigators seem to be at sixes and sevens as there are many missing links that go beyond easy comprehension.

Like the Dhaka cafe attack, many of the suicide attackers came from families that did not lack material wealth. In the wider Indian subcontinent, from the times of Osama bin Laden, the affluent lot were the ones who instigated and motivated.

Rarely did they get their hands dirty. Here in Sri Lanka, and much like the Dhaka cafe attackers, motivation and indoctrination among the super affluent component of the Tawhid was sky high.

Living in a pristine three-storey whitewashed bungalow, the lady of the house did not bat an eyelid before blowing her three children and an unborn child along with her when the cops came knocking.

If people who lacked nothing and faced no existentialist fears of being mowed down by an aggressive majority were putting their lives and family reputation on the line, indoctrination might have entered a new phase in the subcontinent.

The rage they directed against their fellow Sri Lankans may have its origins in the form of perceived injustices in other lands. ISIS' hate speeches and its promise of a mono-faith Garden of Eden here on earth may have turned some minds.

It has quickly capitalised on the tragedy and turned multilingual; its messages claiming ownership of the bombings were also issued in Tamil and Malayalam.

The Indian continent seems to be in a pincer group of perverted brainwashing.

The known thrust was coming from the Hindukush and the land between the Tigris and the Euphrates. This thrust from the south was not anticipated.