All set for Shobha Yatra 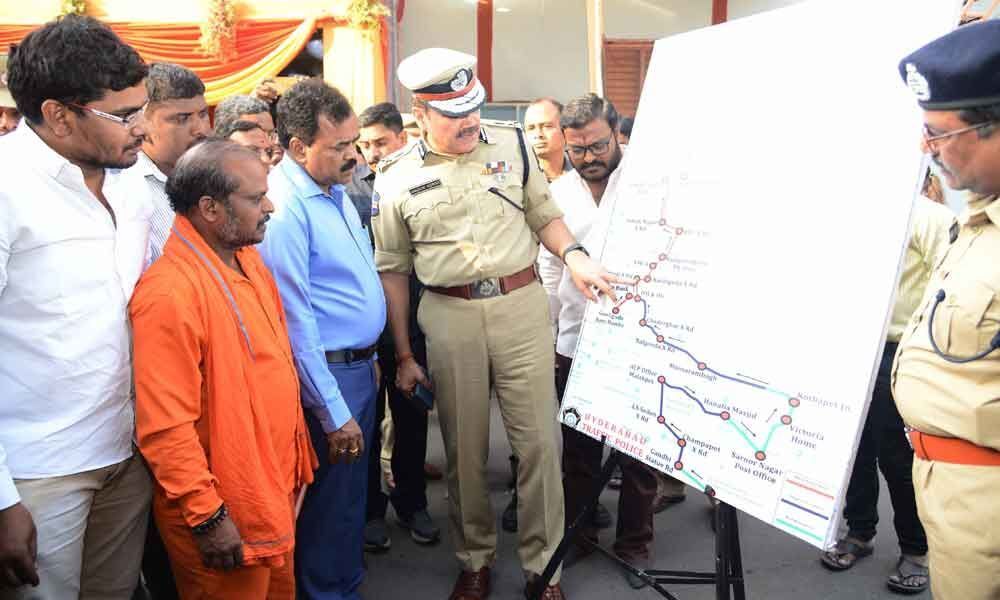 As part of preparedness for Hanuman Jayanthi procession on April 19, which starts from Gowliguda and concludes at Tadbun of Secunderabad, GHMC Commissioner Dana Kishore and Police Commissioner Anjani Kumar held joint inspection in Old City on Wednesday.

Gowliguda: As part of preparedness for Hanuman Jayanthi procession on April 19, which starts from Gowliguda and concludes at Tadbun of Secunderabad, GHMC Commissioner Dana Kishore and Police Commissioner Anjani Kumar held joint inspection in Old City on Wednesday.

The GHMC Commissioner informed that the department was making all arrangements including provision of additional lighting, drinking water, road repair works and sanitation all along the route. He instructed the officials to ensure that the devout do not face any kind of problems during the festivities.

While Anjani Kumar informed that about 10,000 policemen and 20 additional platoons of paramilitary forces were being deployed on the 12 kilometre stretch the rally will proceed. Besides this as part of arraignments, the entire procession would be monitored through 450 CCTV cameras.

While reviewing the bandobust arrangements, he asked all in-charge sector officers to personally visit the route and check whether there are any obstructions in the route and to act to clear it for the free passage of procession. He also instructed all the officers to brief the sector men properly about their duties and responsibilities.

He further instructed that all the officers and men should involve themselves and perform the bandobust to facilitate the procession movement. All the officers were briefed to give clearance to ambulances and other emergency vehicles.

Additional Commissioner also reviewed the places of traffic diversion points for vehicular traffic and instructed to make barricading arrangements, placing of signages at the locations of diversions to ensure Citizens are information about the changes in the route.

The mobile Variable Message Boards (VMBs) will be used for the dissemination of traffic and procession related information to the public. The google map will also be showing the routes and diversion points with time to time updation.