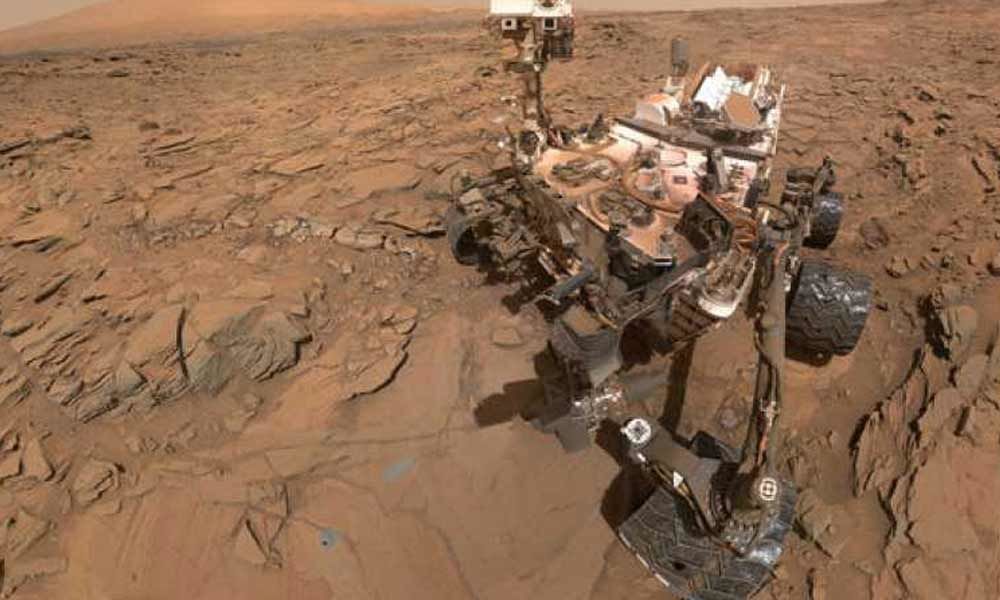 Scientists are eager to analyse the sample for traces of clay minerals because they usually form in water.

WASHINGTON: NASA's Curiosity rover has tasted its first sample from a Martian region called "the clay-bearing unit" on Mount Sharp, the US space agency said.

Curiosity drilled a piece of bedrock nicknamed "Aberlady" on April 6 -- the 2,370th Martian day, or sol, of the mission -- and delivered the sample to its internal mineralogy lab on Wednesday, NASA said in a statement.

The rover's drill chewed easily through the rock, unlike some of the tougher targets it faced nearby on Vera Rubin Ridge.

It was so soft, in fact, that the drill did not need to use its percussive technique, which is helpful for snagging samples from harder rock.

This was the mission's first sample obtained using only rotation of the drill bit.

"Curiosity has been on the road for nearly seven years," said Curiosity Project Manager Jim Erickson of NASA's Jet Propulsion Laboratory in California, US.

"Finally drilling at the clay-bearing unit is a major milestone in our journey up Mount Sharp," Erickson said.

Scientists are eager to analyse the sample for traces of clay minerals because they usually form in water.

Pinpointing the source of that signal could help the science team understand if a wetter Martian era shaped this layer of Mount Sharp, the 5-kilometre-tall mountain Curiosity has been climbing.

Curiosity has discovered clay minerals in mudstones all along its journey.

As with water elsewhere on Mars, the lakes eventually dried up.

Industry Talk On Preview Of Sooryavanshi Trailer: Get Ready For A Bang

Industry Talk On Preview Of Sooryavanshi Trailer: Get Ready For A Bang