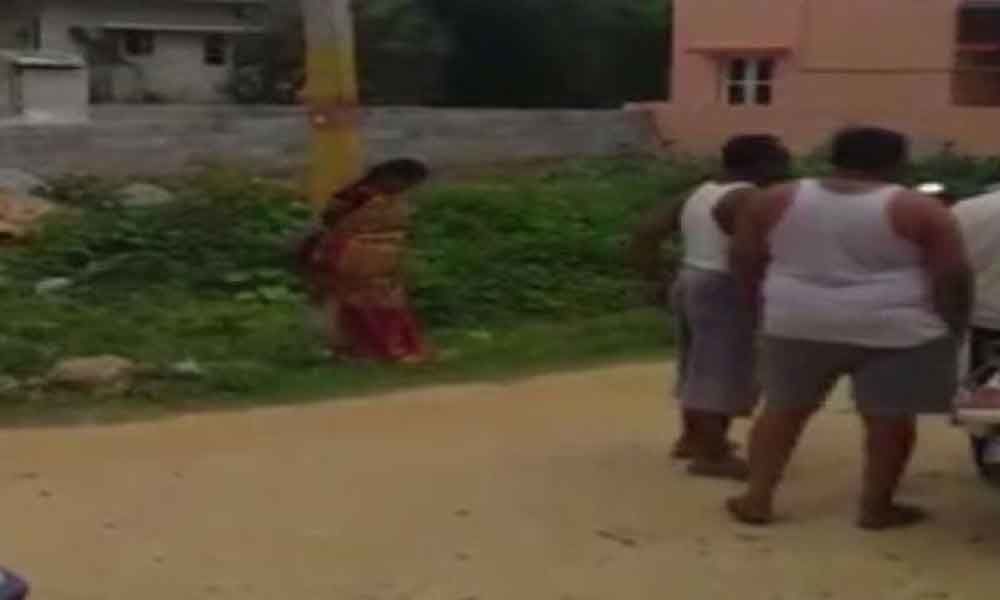 The matter came to the fore after a video of the incident went viral.

Bengaluru: Seven people have been arrested in connection with a case where a woman was allegedly tied to a pole in Kodigehalli for not repaying a loan, police said on Thursday.

The matter came to the fore after a video of the incident went viral.

#WATCH A woman was tied to a pole in Kodigehalli, Bengaluru, yesterday, allegedly for not repaying a loan she took. Police have arrested 7 people in connection with the incident. #Karnataka pic.twitter.com/jpwX3Cr0Gu

In the video, a woman is seen tied up to a pole and some men are standing around her. People can be heard saying "beat her with slippers and brooms".

The 36-year-old woman, Rajamani, hails from Kollegal in Chamarajanagar district runs a small hotel here and a chit fund business. She owed Rs 50,000 to some people who were allegedly forced her to return the money.