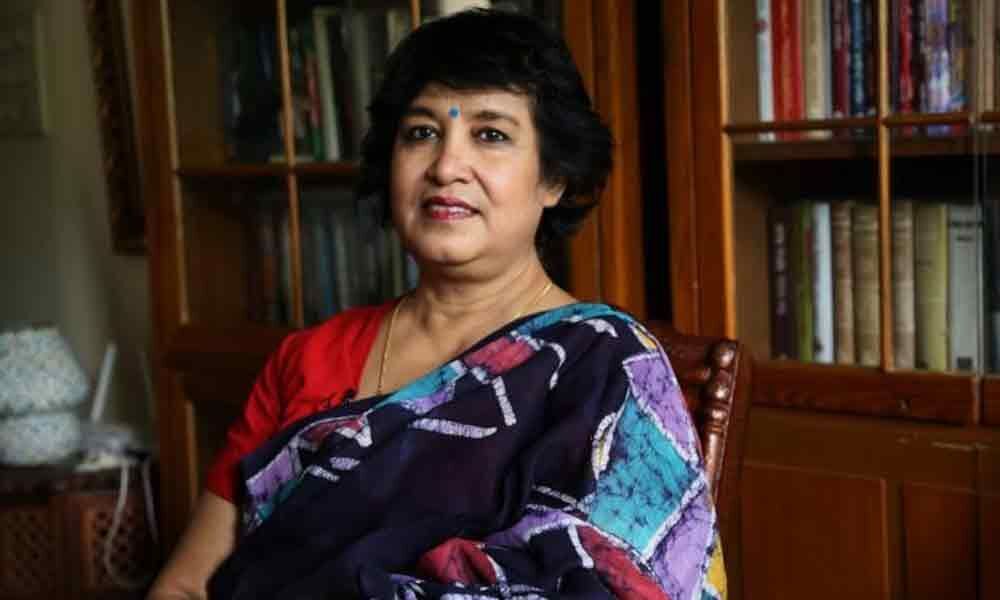 She was last week given three-month residence permit after which she requested Home Minister Amit Shah on Twitter to extend it to a year.

Taslima Nasreen, a citizen of Sweden, has been getting residence permit on a continuous basis since 2004. A Home Ministry official told PTI that her residence permit has been further extended for one more year till July 2020.

The 56-year-old writer was last week given a three-month residence permit following which she took to Twitter requesting Home Minister Amit Shah for extending it for one year.

"Hon'ble @amitshah ji, I sincerely thank u for extending my residence permit. But I'm surprised it's only for 3M. I apply for 5yrs but I've been getting 1yr extension. Hon'ble Rajnathji assured me I wd get an extension for 50yrs. India is my only home. I'm sure u'll come to my rescue (sic).

Following the extension of the residence permit for one year, Taslima Nasreen again took to Twitter. "Twitter is so powerful ! On July 16 I tweeted my residence permit wasn't extended. On July 17 it was extended, but only for 3 months. So many Twitter friends requested MHA to extend it for longer period. It's extended for 1yr today. Thanks MHA to change decision. Love my Twitter friends," she said.

Taslima Nasreen had to leave Bangladesh in 1994 in the wake of death threat by fundamentalist outfits for her alleged anti-Islamic views. Since then she has been living in exile.

She has also stayed in the US and Europe during the last two decades. However, on many occasions she had expressed her wish to live in India permanently, especially in Kolkata.

She had also applied for permanent residency in India but no decision has been taken on it by the Home Ministry, another official said. The writer also had to leave Kolkata in 2007 following violent street protests by a section of Muslims against her works.

Taslima Nasreen had said that if she is not able to stay on in India she will suffer from an "identity crisis" which will affect her writings and championing the cause of women's rights.