Being targeted due to our work on human rights: Indira Jaising on CBI raids 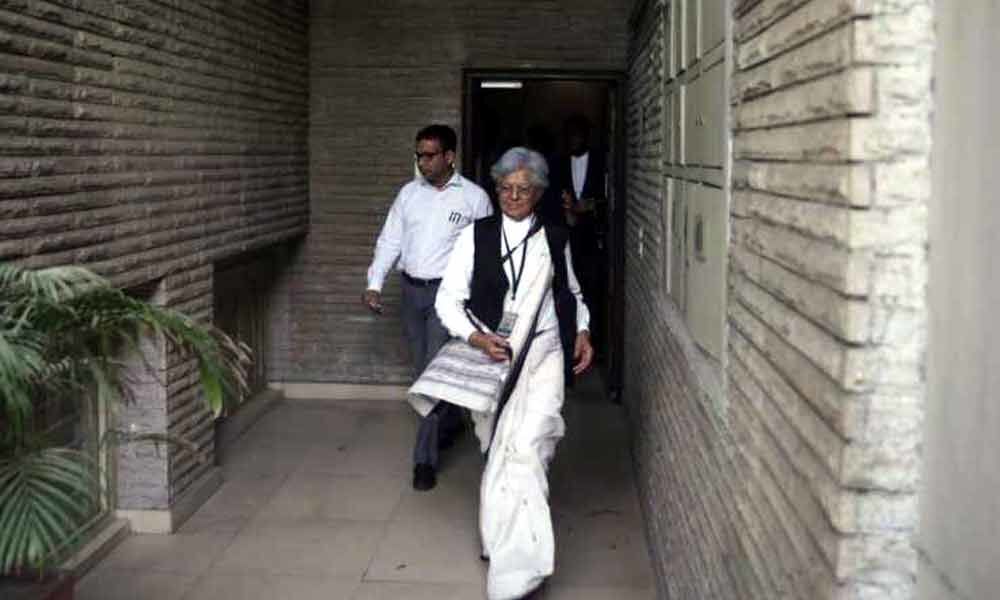 The searches are being carried out at the Nizamuddin residence and office of Jaising here, the office of the NGO at Jangpura and another office in Mumbai from 5 am, they added.

NEW DELHI: Supreme Court lawyer Indira Jaising alleged on Thursday that she and her husband were being "targeted" by the CBI due to their work in the field of human rights after sleuths from the central agency carried out searches at her residence and office.

The Central Bureau of Investigation (CBI) is carrying out searches at the residence of former Additional Solicitor General (ASG) Jaising and the offices of Lawyers Collective, an NGO run by her husband Anand Grover, officials said.

The searches are being carried out at the Nizamuddin residence and office of Jaising here, the office of the NGO at Jangpura and another office in Mumbai from 5 am, they added.

"Mr. Grover and I are being targeted for the human rights work that we have done over the years," Jaising told reporters.

The CBI had filed an FIR against Grover and the NGO on the basis of a complaint from the Ministry of Home Affairs (MHA), which had alleged several discrepancies in the utilization of foreign aid received by the organization.

Jaising is not named as an accused in the FIR but her alleged role has been mentioned in the complaint of the ministry.