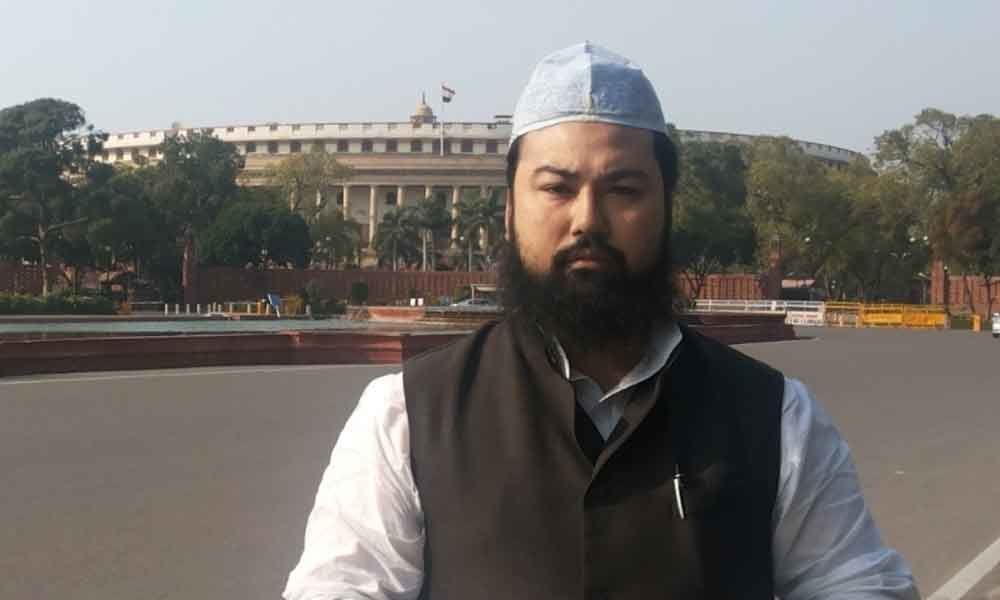 Meraj Khalid Noor, popularly known as Bihar's 'Osama bin Laden' due to his uncanny resemblance to the late Al Qaeda leader, is missing from the election scene in Bihar.

Patna:Meraj Khalid Noor, popularly known as Bihar's 'Osama bin Laden' due to his uncanny resemblance to the late Al Qaeda leader, is missing from the election scene in Bihar.

With a third of seven-phase Lok Sabha polls over in Bihar, Noor is said to be busy managing his business. One thing is certain: Bihar's Osama bin Laden is no more in demand. No political party has invited him to any election rally.

Noor complains that since most people address him as 'Osama bin Laden', few remember his real name.

Political pundits say that with the BJP and Prime Minister Narendra Modi constantly raking up Pakistan and terrorism in their speeches, Noor is not in demand any more.

Noor, who heads the Awami Insaf Morcha (AIM), was in the news in 2014 when he pledged to contest that Lok Sabha election against then BJP's then Prime Ministerial candidate Narendra Modi from Varanasi. But his nomination papers were rejected.

Noor, who campaigned in the 2004 Lok Sabha battle for Paswan and for Lalu Prasad in the 2005 Assembly elections, says that politicians "used him " to attract Muslim votes and then dumped him.

According to Salam Iraqi, who knew him for the last two decades, Noor plunged into politics in 2004 when he sought ticket from Paswan's LJP. His plea was turned down.

Noor switched over to the RJD in September 2005 and campaigned for Lalu Prasad.

He was so much in demand that Paswan and Lalu Prasad would invariably find a seat for him on their campaign helicopters, even if it meant dropping a senior party leader.

Noor is the grandson of Kazi Muzahidul Islam, a former President of the Muslim Personal Law Board. His father, Noor Ahmad, was a close associate of veteran socialist leader George Fernandes.

Such was Noor's image that the late BJP leader Pramod Mahajan accused Lalu Prasad and Paswan in 2005 of glorifying "the most wanted terrorist in the world" by asking Noor to campaign for them.