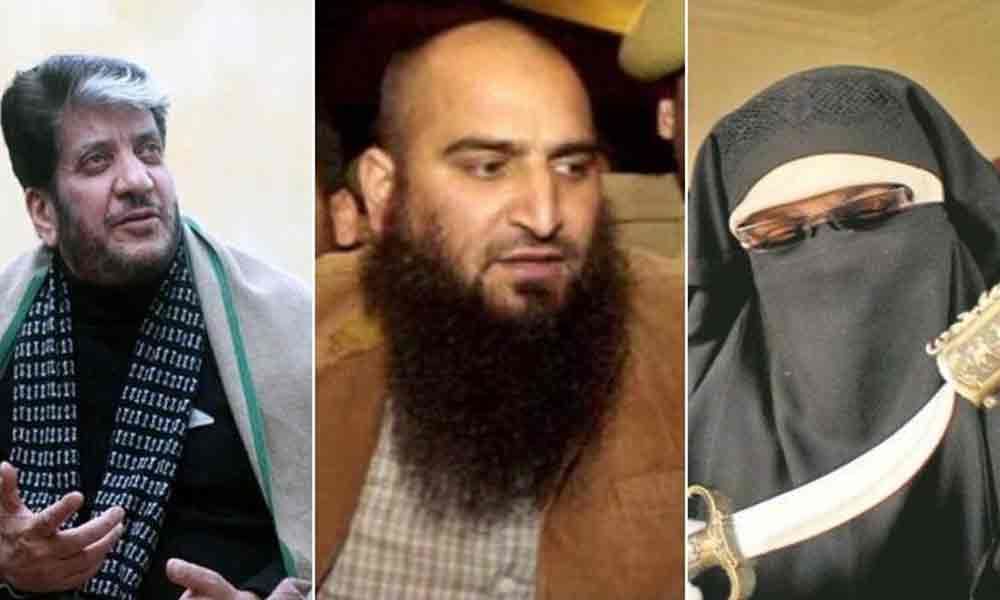 The case relates to alleged terror funding in the Valley and involves Jama'at-ud-Da'wah (JuD) chief Hafiz Saeed, the 2008 Mumbai terror attack mastermind based in Pakistan. Special Judge Rakesh Syal sent the trio to custody after the NIA did not seek any further custodial interrogation, advocate M S Khan, appearing for the accused, told PTI.

NIA had arrested the three separatists on June 4 during in-chamber proceedings in the court and the agency was granted 10-day custody of the trio. Shah and Andrabi were already in custody in separate cases, while Alam was earlier brought from Jammu and Kashmir on transit remand where he was lodged in jail for alleged terror activities.

NIA had filed a charge sheet in January 2018 against Saeed, another terror mastermind Syed Salahuddin and 10 Kashmiri separatists in a case of alleged terror funding and secessionist activities in the valley. While Shah was in judicial custody in a decade-old money laundering case for alleged terror financing, Andrabi was in jail in a case of allegedly waging a war against the country and delivering hate speeches in Jammu and Kashmir.

According to the NIA, Shah had received Rs 10 lakh from hawala operator Zahoor Ahmad Shah Watal, a co-accused in the case. Besides, the money was also sent to the banned outfit Dukhtaraan-e-Milat of which Andrabi was the chief, NIA had said.

The case in which the accused were arrested on June 4 relates to alleged conspiracy to wage a war against the government (Section 121 of Indian Penal Code) by carrying out terrorist and secessionist activities in Jammu and Kashmir.

The probe agency has charge sheeted 12 persons, including Saeed, and Hizbul Mujahideen chief Syed Salahuddin. Other offences for which the accused were charge sheeted include those punishable under sections 120-B of IPC (criminal conspiracy) and various provisions of the Unlawful Activities (Prevention) Act, 1967.

According to the NIA, the case was registered on May 30, 2017 and the first arrests made on July 24, 2017. Over 300 witnesses were examined during the probe, it has said. The NIA has said the conspiracy was hatched with active support, connivance and funding from terrorist organisations based in Pakistan and its agencies to achieve their objective of secession of the Jammu and Kashmir by waging war against the Indian government.