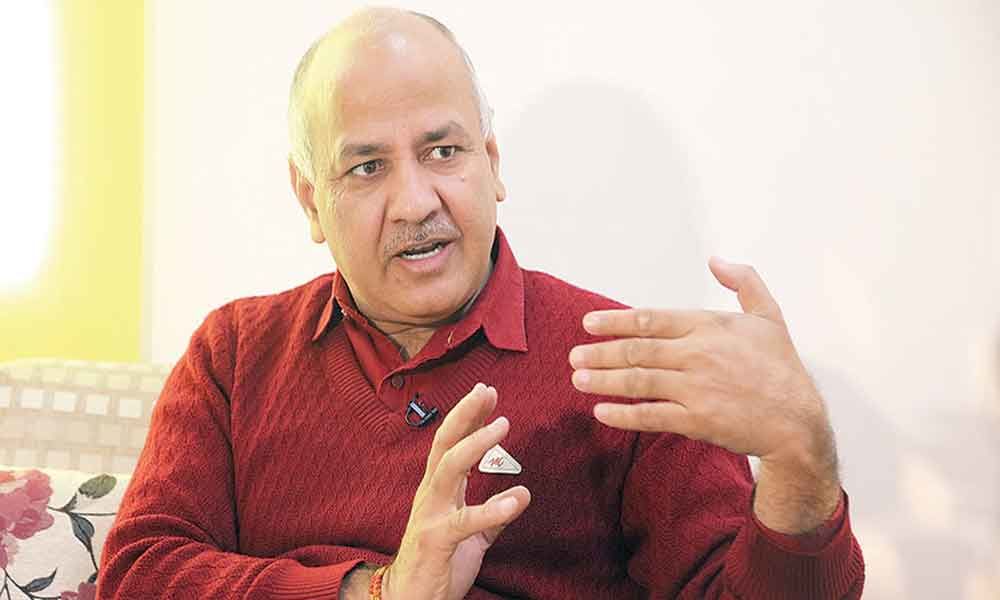 New Delhi: Hunger, unemployment, illiteracy, violence and hatred in society need to be fought through education, Deputy CM Manish Sisodia said on Thursday and asserted educators of Delhi government are committed to carry out "surgical strikes" on these ills.

The purpose of education is happiness of the children and how they use it and contribute to happiness of others in the society, Sisodia said at an administrative capacity building programme for heads and inspectors of Delhi government schools.

Sisodia, who is also Education minister of Delhi, highlighted achievements of the AAP government in uplifting education sector in Delhi and laid emphasis on 'happiness' curriculum and 'entrepreneurship mindset' launched for government schools in Delhi.

"Entrepreneurship mindset curriculum is aimed at preparing job providers not job seekers," he said about the curriculum for Class IX-XII students which has been launched on pilot basis in some of the city government schools.

There should not be any confusion that the curriculum is intended to prepare entrepreneurs as it is aimed at cultivating entrepreneurial mindset in students so that they become job providers and problem solvers in any field they work after the school education, Sisodia said.

The Deputy Chief Minister asked education department officials to issue a circular on teacher innovation fund of Rs 1.0-1.5 lakh per school which was announced in Delhi government budget.

In reply to a question, Sisodia said all the eligible vice principals wiil be promoted as principals if Delhi government is given power over Services department. He also said that the government has removed the income cap on scholarship for meritorious students so that most of them will be benefited by it.

Sisodia highlighted human resource and infrastructure developments in the Education sector under the AAP government and overall improvement in results of Delhi schools in last 4.5 years. He claimed 2.5 times increase in Education budget from Rs 6600 crore in 2015 to Rs 15600 crore in 2019 and said by November this year 45118 classrooms will be ready against 24157 in 2015.