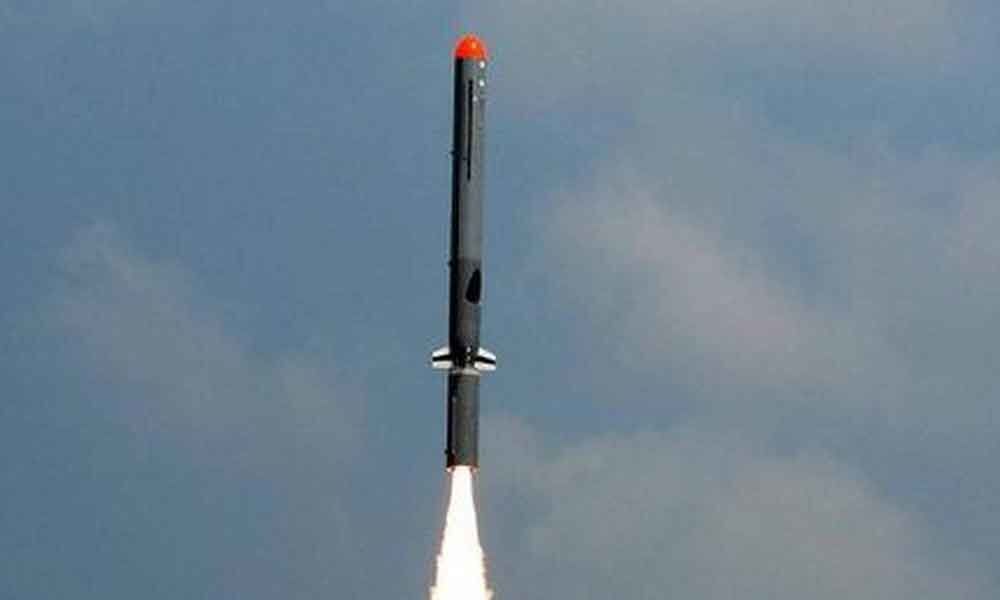 The last successful trial of 'Nirbhay' cruise missile was conducted on November 7, 2017.

The state-of-the-art missile, which can be deployed from multiple platforms, was test-fired at 11.44 am from launch complex-3 of the Integrated Test Range (ITR) at Chandipur near here, sources in Defence Research and Development Organisation (DRDO) said.

Describing the trial "successful", they said the missile, which is capable of loitering and cruising at 0.7 Mach at altitude as low as 100 metre, covered the designated target range in 42 minutes and 23 seconds.

The flight test achieved all the mission objectives, right from lift off till the final splash, boosting the confidence of all scientists associated with the trial, sources said, adding it has an engine with rocket booster and turbofan/jet. The sophisticated missile took off in a programmed manner and all critical operations like launch phase, booster deployment, engine start, wing deployment and other parameters were demonstrated through autonomous way point navigation.

"The missile majestically cruised and covered its given range," they said, adding that it was tracked with the help of ground-based radars and other parameters were monitored by indigenous telemetry stations developed by DRDO.

The last successful trial of 'Nirbhay' cruise missile was conducted on November 7, 2017.