It had to be a Gandhi, none else, chorused Congress leaders 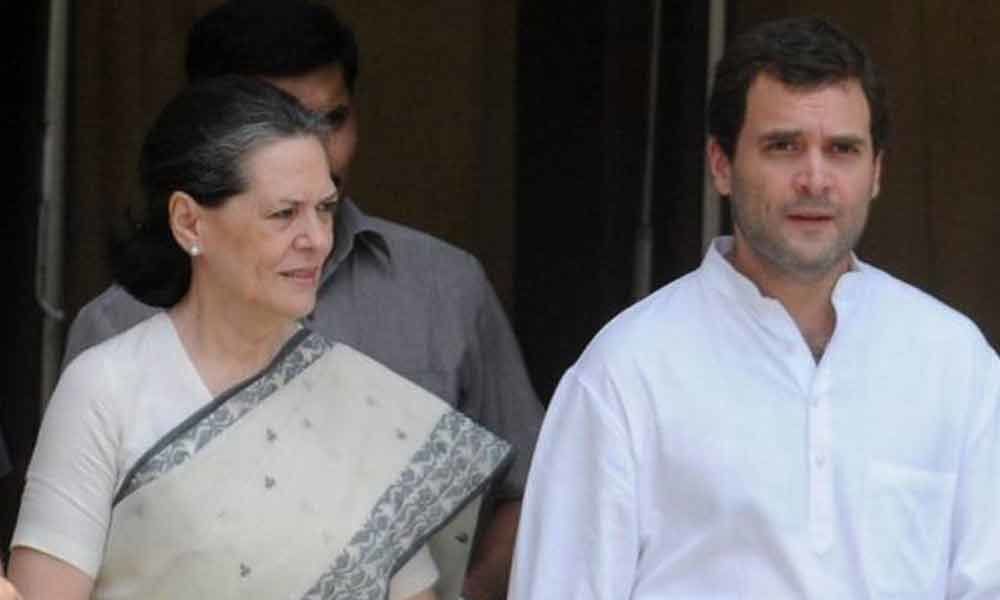 The spectre of a split in the country's oldest political party was looming at the Congress Working Committee meeting on Saturday as leaders got emotional at the mention of a non-Gandhi to lead the Congress.

New Delhi, Aug 11 (IANS) The spectre of a split in the country's oldest political party was looming at the Congress Working Committee meeting on Saturday as leaders got emotional at the mention of a non-Gandhi to lead the Congress.

It had to be a Gandhi, and no one else. Some leaders even threatened to sit at home rather than attend party meetings under a non-Gandhi.

That decided the matter, and party seniors, including Ahmed Patel, approached former President Sonia Gandhi to lead the party yet again.

Sonia Gandhi, who has not been keeping good health, was surprised at the CWC recommending her name as interim President.

"You have suddenly come up with this idea. I am not ready for it," she told the party leaders, according to a senior leader who was present at the deliberations.

"Sonia Gandhi was not ready to accept the post of interim President," the leader told IANS, not wishing to be named.

"But she was convinced after a number of them told her that the party will split if the Gandhi family leaves the helm at this crucial juncture," the leader added.

The Congress Working Committee (CWC), the party's top decision-making body, sat twice on Saturday to decide a new party chief after Rahul Gandhi quit the post following the party's disastrous showing in the Lok Sabha election. The second meeting ended at around 11 p.m.

None of the leaders was prepared to accept the name of a non-Gandhi as President. Punjab Congress chief Sunil Jakhar declared that he would prefer to remain at home than accept a non-Gandhi as party President.

"Jakhar's opinion was supported by many others who told the CWC members that the names of those leaders doing the rounds as party chief were not acceptable to them," the leader told IANS.

Another Punjab party leader, Pratap Singh Bajwa, told the CWC that if any non-Gandhi comes to occupy top post, "then many senior leaders will leave the party and join other parties".

The name of Priyanka Gandhi was discussed besides that of Rahul Gandhi.

"When the name of Priyanka Gandhi was suggested, she herself objected to it, saying it is not possible," the party leader said.

It was Priyanka Gandhi who backed her brother Rahul Gandhi on his decision to stick to his resignation as party President despite all the five sub-groups recommending that he continue as the Congress chief.

After the morning CWC, the party members again requested Rahul Gandhi to take back his resignation. But he refused.

At that time, Jyotiraditya Scindia requested Rahul Gandhi to reconsider his decision to step down, to which he replied that he was not escaping from responsibilities but would work with more dedication for the party under a new President.

Rahul Gandhi offered to resign from the top post taking moral responsibility of the party's virtual washout in the Lok Sabha battle.

The Nehru-Gandhi family has had a firm grip over the Congress for decades, starting from Jawaharlal Nehru, India's first Prime Minister, his daughter and later Prime Minister Indira Gandhi, her son and Prime Minister Rajiv Gandhi and then his widow Sonia Gandhi -- before the baton was passed on to Rahul Gandhi.