Lokpal to work from Delhi's 5-star luxury 'The Ashok' hotel 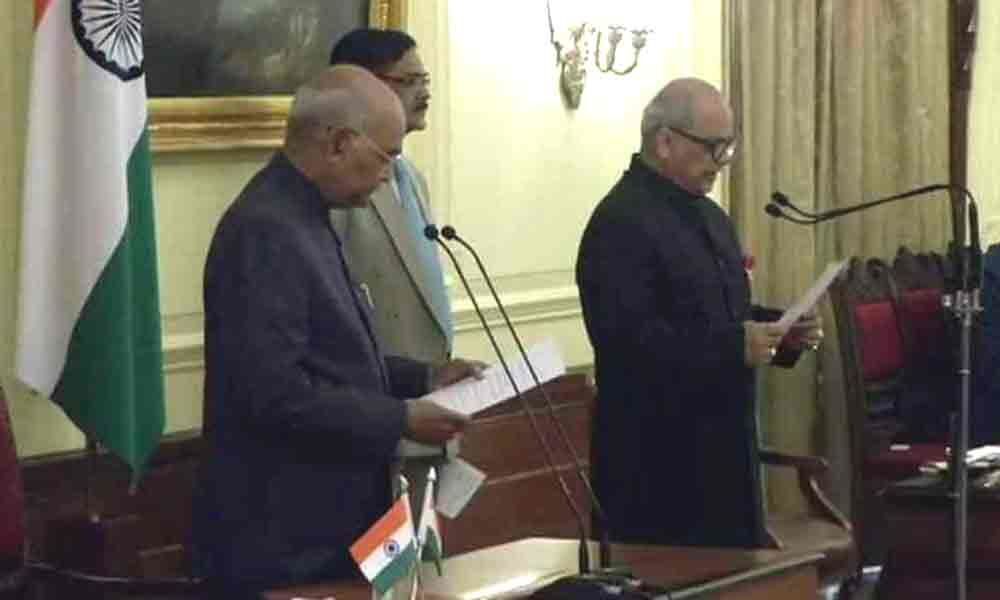 President Ram Nath Kovind had on March 23 administered the oath of office to Justice Pinaki Chandra Ghose as the chairperson of Lokpal.

The Lokpal chairperson, all of its eight members and support staff are being allocated space in the hotel premises, they said.

"The office of Lokpal will work from 'The Ashok' hotel in Chanakyapuri here," the officials said, adding that it would act as its temporary office.

President Ram Nath Kovind had on March 23 administered the oath of office to Justice Pinaki Chandra Ghose as the chairperson of Lokpal.

The Lokpal's eight members were administered the oath by Justice Ghose on March 27.

According to the rules, there is provision for a chairperson and a maximum of eight members in the Lokpal panel.

Of these, four need to be judicial members.

A high-level selection committee led by Prime Minister Narendra Modi had recommended the appointments of the chairperson and members of the Lokpal.

He had last served as member of the National Human Rights Commission (NHRC).

The Lokpal Act, which envisages appointment of a Lokpal at the Centre and Lokayuktas in states to look into cases of corruption against certain categories of public servants, was passed in 2013.

Not less than 50 per cent of the members of the Lokpal panel shall be from among the persons belonging to the Scheduled Castes, Scheduled Tribes, Other Backward Classes, minorities and women, according to the rules.

The Lokpal selection committee is headed by the prime minister and has as its members -- Lok Sabha speaker, leader of the opposition in the lower house, chief justice of India or a judge of the apex court nominated by him, and an eminent jurist nominated by the president or any other member.

Kovind had nominated former attorney general of India Mukul Rohatgi as "eminent jurist" as the member of the panel against the vacancy arising following the death of senior advocate P P Rao.