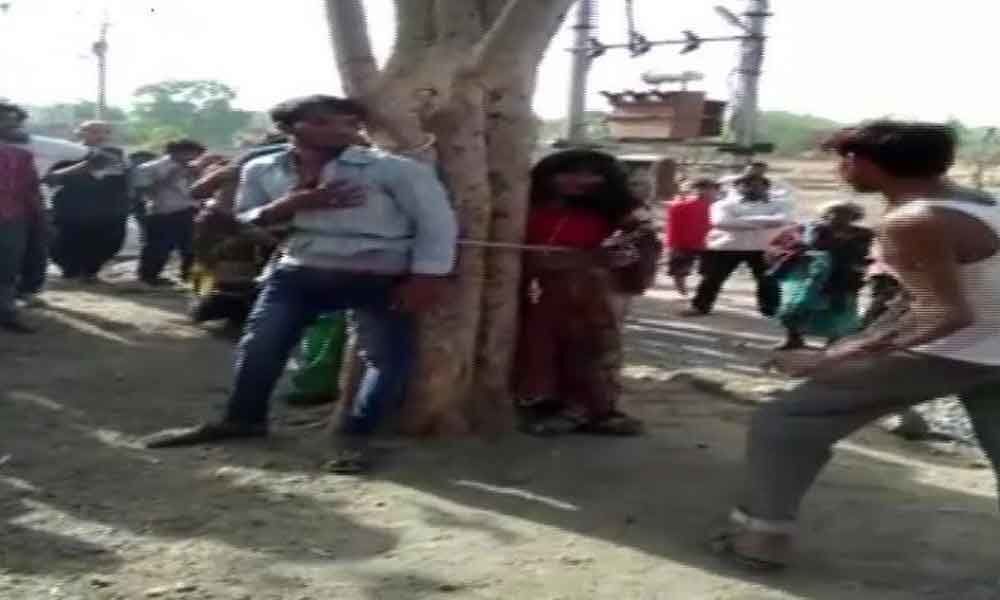 The man allegedly eloped with a married woman.

Dhar: A man and his two cousin sisters were tied to a tree and severely beaten for several hours by around nine persons in Madhya Pradesh's Dhar district after he allegedly eloped with a married woman, police said Thursday.

The two sisters, including a minor, were also allegedly molested by the accused, including husband of the married woman, over suspicion that they helped their cousin in running away with the woman, they said.

Five persons have been arrested in connection with the incident, a video of which has gone viral on social media, they said.

In the video, a group of persons were purportedly seen thrashing the three victims while some people stood there as mute spectators.

The married woman's husband on Tuesday asked the three victims to come to his house in Arjun Colony here on the pretext of settling the issues they had with each other, Superintendent of Police Sanjeev Mule told PTI.

But when the three cousins came to meet him, he and his family members allegedly tied them to a tree and thrashed them, the official said.

The accused also allegedly molested the two sisters, he said. The victims later filed a complaint with the police.

"We have arrested five persons, including the married woman's husband, and efforts are on to nab the others involved in the offence," Mule said.

The accused have been booked under relevant sections of the Indian Penal Code and the Protection of Children from Sexual Offences (POSCO) Act, he added.