Mayawati takes exception to roadshows, BJP says she lacks courage to hold them 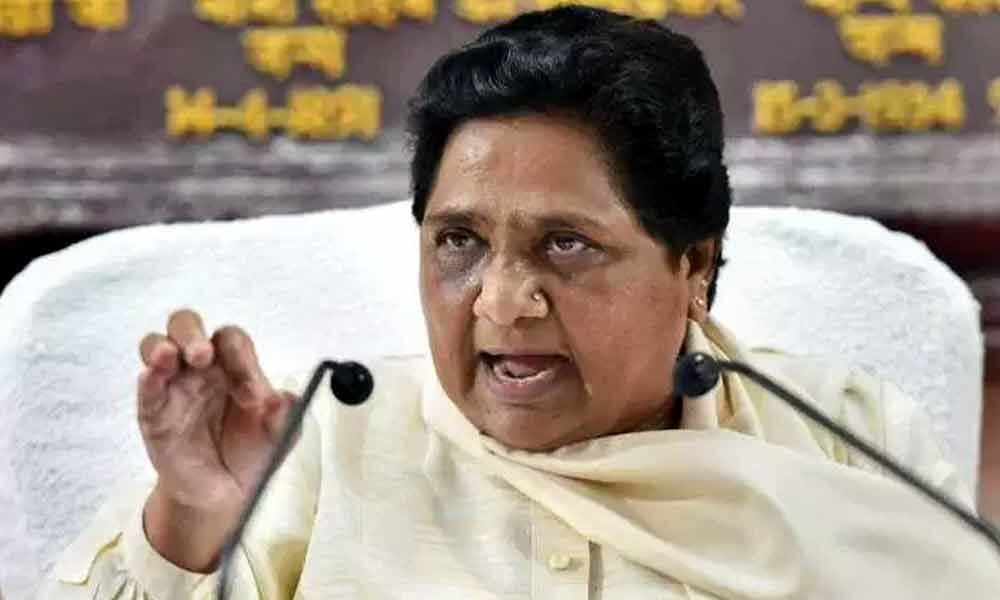 BSP supremo Mayawati Tuesday attacked rival parties over temple visits and roadshows, prompting the BJP to hit back that she lacked the courage herself to hit the road.

Lucknow: BSP supremo Mayawati Tuesday attacked rival parties over temple visits and roadshows, prompting the BJP to hit back that she lacked the courage herself to hit the road.

At a press conference here, Mayawati said the Election Commission should act against leaders who visited temples while they are banned from campaigning. This was an apparent reference to Uttar Pradesh Chief Minister Yogi Adityanath who offered prayers at temples during the three-day electioneering ban on him over his "Ali-Bajrang Bali" remark. Mayawati demanded that the EC should include the money spent on roadshows and temple visits in the parties' election expenditure.

Hours later, the BJP reacted that leaders like her are unable to muster courage to hit the road. "When the BJP was not in power, we took to the streets to register our protest against the then governments and raise various issues," UP BJP spokesperson Rakesh Tripathi told PTI. "Now, since we are in power, we interact with the masses through roadshows and thank them for their love and affection by going close to them," he said. "There is a distance from the public at rallies.

But at roadshows the public can have a very close interaction with its leaders. This is the best way in which people can reciprocate their love for their leaders," he claimed. He said despite several security threats, both Prime Minister Narendra Modi and party chief Amit Shah have taken out roadshows. "People like Mayawati, who have been grounded by the people of the state, are unable to muster courage to hit the road. This only shows her nervousness," the spokesperson said.

He recalled that Modi held a roadshow in Varanasi, and Shah took part in one in Amethi to support of BJP candidate Smriti Irani. Amit Shah is scheduled to hold another roadshow in Gorakhpur on May 16, he said. Tripathi said roadshows boost the morale of party workers in adjoining constituencies as well. "These have proved to be a successful strategy as far as election campaigning is concerned," he said.