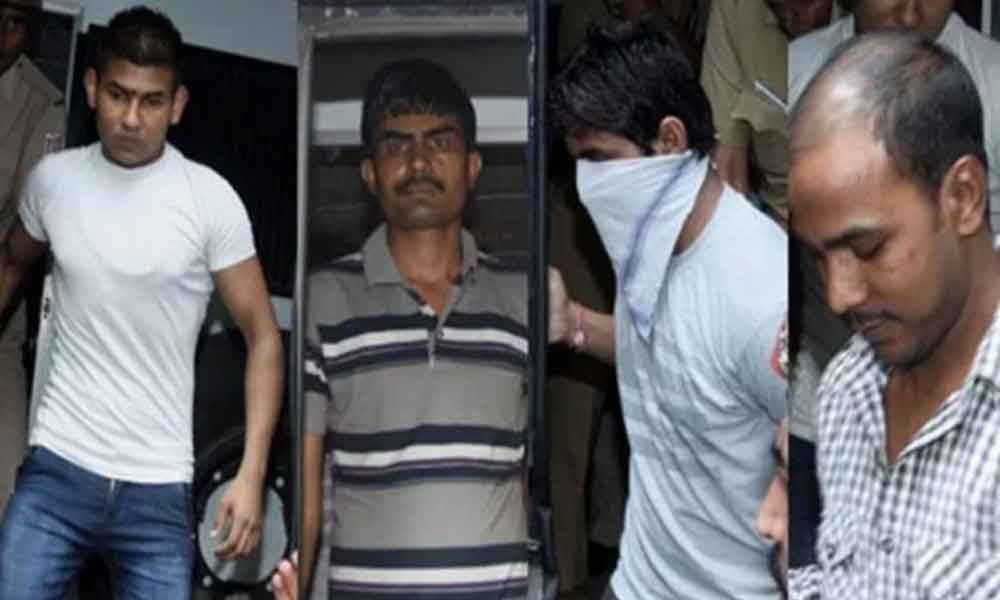 The Patiala House Court will, on Monday, hear the matter relating to the issue of fresh death warrants to the four death row convicts in the Nirbhaya...

Nirbhaya's mother, Asha Devi, observed that they go to the court with a ray of hope each time. She pointed out that the convicts come up with a new legal ruse on every single occasion.

On earlier occasions, two previous death warrants could not be executed because the mercy petitions of the convicts, were pending before the President. The Supreme Court will hear the matter on Thursday and therefore the Monday hearing in the Patiala house court becomes critical.

The horrific December 2012 Nirbhaya gang-rape and murder case led to nationwide outrage. While one of the six convicts was reported to have committed suicide in prison, another served three years in prison after being tried in a juvenile court since he was a minor at the time of the offence. Four other convicts, Mukesh Singh, Vinay Sharma, Akshay and Pawan Gupta are on death row.

The Nirbhaya case, which has dragged on for seven years, is likely to come to its logical conclusion soon with the hanging of the four convicts.

Srikakulam: Weddings can wait till Sravanam