Pakistani Handlers Told Terrorists in Kashmir They Will Get Bangles if They Don't Cause Unrest, Says NSA Ajit Doval 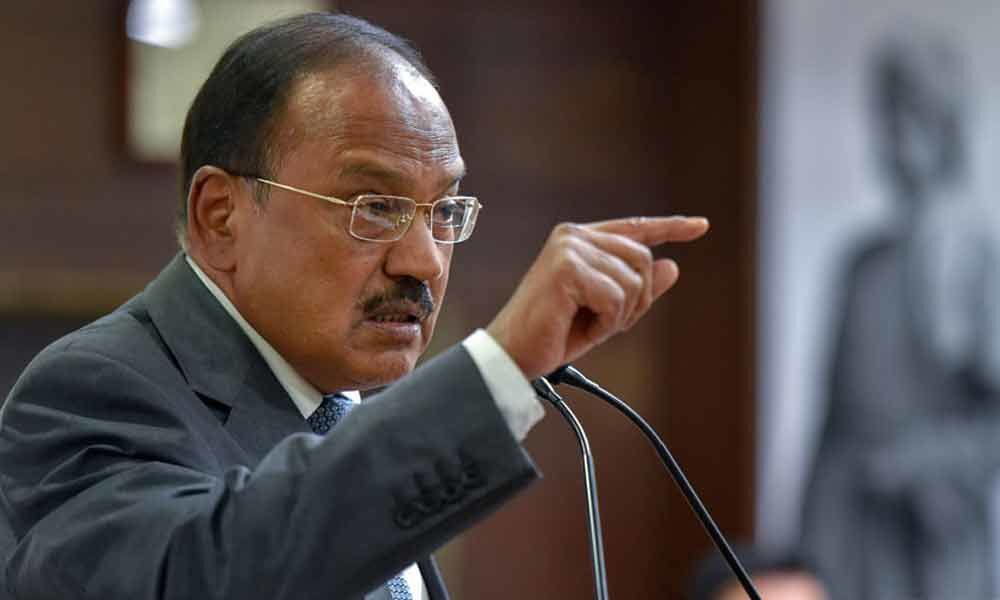 Pakistan has readied about 230 terrorists for infiltration into Kashmir, and some have already crossed over with orders to cause unrest, India's National Security Adviser Ajit Doval said on Saturday, citing the case of two militants who were told by their handlers that they would receive bangles if they didn't do their jobs properly.

New Delhi: Pakistan has readied about 230 terrorists for infiltration into Kashmir, and some have already crossed over with orders to cause unrest, India's National Security Adviser Ajit Doval said on Saturday, citing the case of two militants who were told by their handlers that they would receive bangles if they didn't do their jobs properly.

Doval told a select group of journalists that there are Pakistani communications towers along a 20-km stretch of the border from where they are sending messages to terrorists.

"We heard intercepts in which they told their men 'how come so many apple trucks are moving. Can't you stop them? Should we send you bangles instead of guns'," Doval said, referring to the fact that some 750 trucks carrying apples leave the valley every day for trade in other parts of the country. Officials said the militants spoke Punjabi with Pakistani accent, and are absconding.

Subsequently, two militants went to a fruit market in Sopore and found out the address of Hamidullah Rather, a prominent fruit merchant in the area, and went to his house in Dangarpura, 5 km from Sopore. However, Rather was not at home as he had probably gone out to perform namaz, so the militants attacked his family with pistols, injuring his 25-year-old son Mohammed Irshad, and Irshad's two-and-a-half-year-old daughter Asma Jaan on Friday.

Asma is in a critical condition and is being shifted to New Delhi for treatment in AIIMS, Doval said. He said some of the 230 terrorists have come in and some have been arrested. "That's the only instrument available to Pakistan - to cause disruption in the streets."

But security forces are determined to protect the lives of Kashmiris from Pakistani "machinations", Doval said, adding that "terror is the only instrument Pakistan has to create unrest in Kashmir."

Kashmir has been under severe restrictions since August 5 when provisions of Article 370, which gave Jammu and Kashmir special status, was abrogated. The restrictions included no access to telephone or Internet.

Many of those restrictions have been eased, and telephone land-lines have been fully restored, Doval said. However, the Internet and mobile phone access remain blocked in many areas.

Doval said that's because these two mediums allow terrorists also to communicate and spread unrest. He said normalcy can be restored in Kashmir if Pakistan starts behaving if they do not indulge in subversive propaganda.

He acknowledged that the lack of Internet is causing inconvenience, but said this is preferable to the loss of life that Kashmiris would suffer if Pakistani terrorists could carry out their operations.

"We will not allow Kashmiris to become victims of Pakistani machinations and bullets sent across the border. We will do everything in our power to protect them."