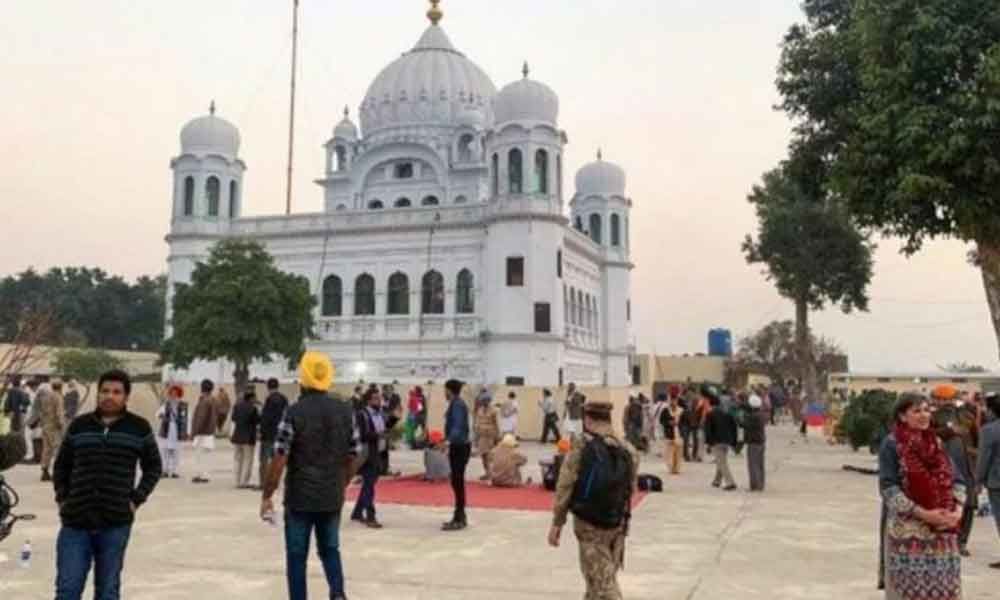 A passport is a must for devotees from India visiting Kartarpur Sahib Gurdwara, where Guru Nanak Dev breathed his last, in Pakistan to pay obeisance.

Chandigarh : A passport is a must for devotees from India visiting Kartarpur Sahib Gurdwara, where Guru Nanak Dev breathed his last, in Pakistan to pay obeisance.

However, a visa will not be required. But the visitors need to get them themselves registered online at least a month ahead of their visit. These facts came to light at a high-level review meeting chaired by Punjab Chief Minister Amarinder Singh here on Tuesday to assess the progress of the corridor project with a team of officers from the Centre.

A $20 service charge will be levied by Pakistan from each visitor on passage through the Kartarpur corridor.A state government functionary, who was present at the meeting, told IANS that Amarinder Singh had suggested any other government document like Aadhaar must be used in place of passports for identification.

He said at the meeting the Chief Minister asked the Regional Passport Officer in Chandigarh to ensure a fast-track and accessible mechanism to deliver passport services to pilgrims on top priority.

He also asked the Ministry of External Affairs to immediately start organising passport camps across the state to help the devotees.Punjab minister Sukhjinder Singh Randhawa, who attended the meeting, told the media on Wednesday that to facilitate pilgrims to apply online regarding their visit to Pakistan via the Kartarpur corridor a website would be launched on October 4.

He said special arrangements have also been made for people who don't have passports. They could apply for passports by paying a fee of Rs 1,500 at convenience centres or post offices near them and the whole process will be completed within one or two days after which they will get their passports.

The Chief Minister will lead an all-party delegation across the border to Kartarpur Sahib on the opening day of the Kartarpur Corridor on November 9.The delegation that will accompany the Chief Minister to the historic gurudwara would comprise all the 117 state legislators, Lok Sabha and Rajya Sabha MPs from Punjab, Shriomani Gurudwara Parbandhak Committee (SGPC) members, as well as members of the Sant Samaj and representatives of each recognised political party in the state.

Thereafter, 5,000 pilgrims will be able to visit the gurduwara every day. Construction of the 4.2 km-long corridor is targeted to be completed by October 31, a week before the celebrations to mark the 550th birth anniversary of Guru Nanak Dev.

The gurudwara is located in Narowal district of Pakistan's Punjab province. It is near Dera Baba Nanak town in Punjab's Gurdaspur district. It is a highly revered Sikh shrine where Sikhism founder Guru Nanak Dev spent 18 years of his life and is his final resting place.