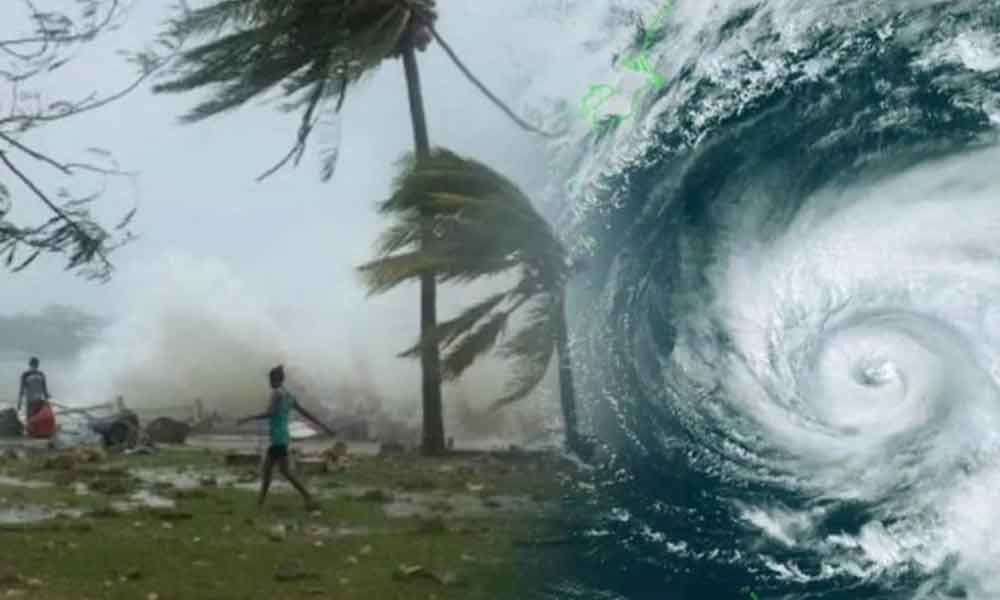 New Delhi: The UN agency for disaster reduction has commended the Indian Meteorological Department's "almost pinpoint accuracy" of early warnings that helped authorities conduct a well-targeted evacuation plan and minimise the loss of life as extremely severe cyclonic storm Fani made landfall near the coastal city of Puri.

The powerful cyclone, strongest to hit India in 20 years, made landfall at around 8 am in India's eastern state of Odisha, killing at least eight people.

Large areas in the seaside pilgrim town of Puri and other places were submerged as heavy rains battered the entire coastal belt of the state affecting about 11 lakh people.

UN agencies are monitoring Fani's movements closely and taking measures to protect families living in refugee camps in Bangladesh, which is on alert.

The Cyclone lashed the coast with maximum wind speeds of up to 175 kilometres per hour, heavy rainfall and coastal flooding, with 28 million people living along the route of the massive storm. "India's zero-casualty approach to managing extreme weather events is a major contribution to the implementation of the #SendaiFramework and the reduction of loss of life from such events," Mami Mizutori, the Special Representative of the United Nations Secretary-General (SRSG) for Disaster Risk Reduction, and head of the Geneva-based UN Office for Disaster Risk Reduction (UNISDR), said.

Mizutori was referring to the Sendai Framework for Disaster Risk Reduction 2015-2030, the first major agreement of the post-2015 development agenda. It is a 15-year, voluntary, non-binding agreement which recognises that the state has the primary role to reduce disaster risk but that responsibility should be shared with other stakeholders including the local government, the private sector and other stakeholders.

Highlighting the zero-casualty cyclone preparedness policy of the Indian government, a spokesperson for UNISDR, Denis McClean said: "the almost pinpoint accuracy of the early warnings from the Indian Meteorological Department had enabled the authorities to conduct a well-targeted evacuation plan, which had involved moving more than one million people into storm shelters".

UNISDR also tweeted about the advisory distributed by India's National Disaster Management Authority and local authorities days before Fani made landfall in an effort to minimise loss of life and injury.

Local authorities are accommodating evacuees in over 4,000 shelters, including 880 specially designed to withstand cyclones. "Schools were shut, airports closed and transport suspended, and although damage to infrastructure was expected to be severe, there were no reports of any deaths," McClean said.

According to preliminary reports, eight people have been killed due to the cyclone, which has the potential to cause widespread loss of life. UN Secretary-General Antonio Guterres' spokesperson told reporters that the UN humanitarian agencies in India have met ahead of the storm's arrival to take stock of preparedness measures.