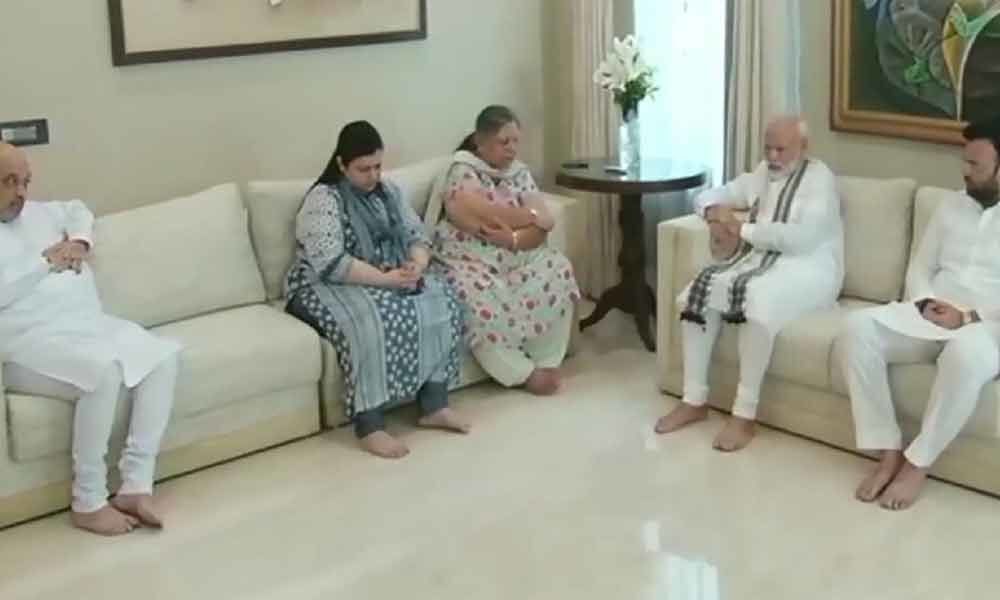 Prime Minister Narendra Modi on Tuesday visited the residence of late Arun Jaitley to pay tribute to the former Finance Minister and meet his family.

The Prime Minister could not attend the funeral of the former finance minister as he was away from the country on a three-nation visit to France-UAE-Bahrain. He had, however, spoken to Jaitley's family following the news of his demise and expressed his condolences.

Jaitley passed away in New Delhi at the AIIMS hospital on August 24. He was 66.

A four-time member of Rajya Sabha, he became a Cabinet minister in the government of former Prime Minister Atal Bihari Vajpayee in 2000. He was Leader of the Opposition in the Rajya Sabha from June 2009 to 2014.

Jaitley was Finance and Corporate Affairs minister in the first term of Modi government and also held portfolios of Defence and Information and Broadcasting.