Rahul to be PM if Congress gets the maximum number of seats: Anand Sharma 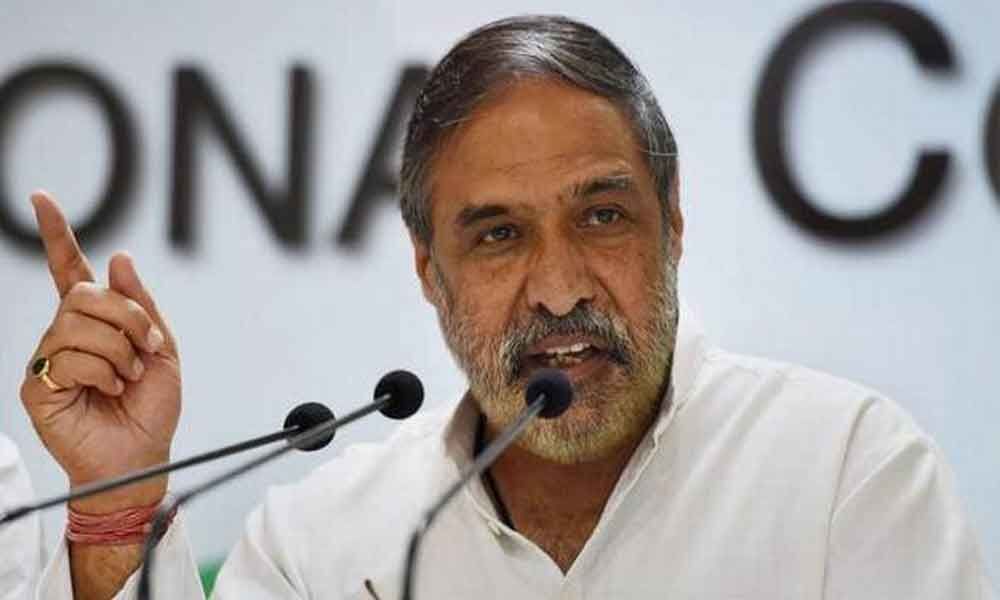 Addressing a press conference, Sharma said Prime Minister Narendra Modi and his NDA government will face the same fate as the Atal Bihari Vajpayee government in 2004

Congress leader and Rajya Sabha MP Anand Sharma on Sunday said Rahul Gandhi will be the next prime minister of the country if the Congress gets the highest number of seats in the April-May Lok Sabha polls.

Addressing a press conference, Sharma said Prime Minister Narendra Modi and his NDA government will face the same fate as the Atal Bihari Vajpayee government in 2004 when the BJP lost despite a robust 'India Shining' campaign.

"Leaders will decide who will be the next PM. It all depends on which party leads. If it is the Congress, then the next PM will be our chief Rahul Gandhi," he said.

"There are pre-poll alliances and also there is post-poll coalition. It will all depend on the results," he added.

Predicting the BJP's performance in the ensuing general elections, Sharma said, "This question was put before us in 2004 when a far better PM, in the form of Atal Bihari Vajpayee, was there but what happened? India Shining lost. The same is going to happen now."

"I am not an astrologer but one thing I can tell you is that Modi will not become PM and the BJP will be defeated. Congress will get a high number of seats," he claimed.

"The question today is what is the narrative? Is the PM promising anything to the people? Is the PM not supposed to give an account of what he has done in the last five years?" Sharma questioned.

Sharma said the PM should apologise for not fulfilling the promises made during the 2014 Lok Sabha campaign.

He also alleged that PM and the BJP were resorting to emotional pleas in their campaign.

"They are playing with the emotions of people. It is a matter of shame. For the first time in the history of this country, the PM is using the armed forces for a partisan political agenda. He should be condemned for it," he alleged.