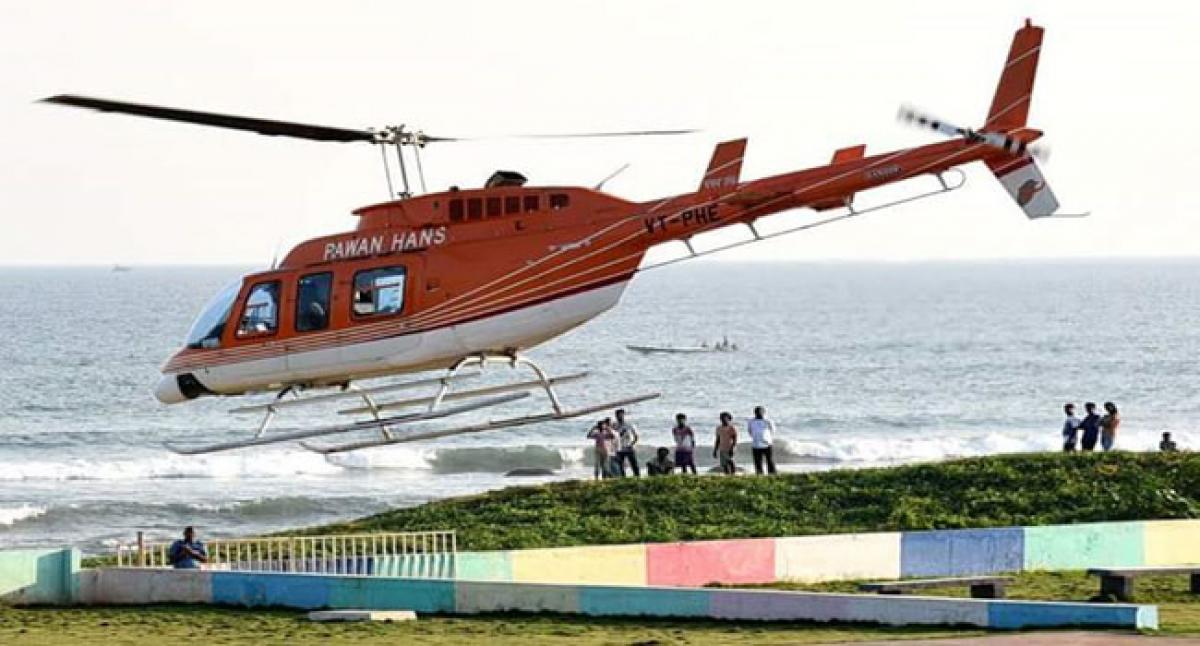 Despite mixed response to the helitourism service in the city last year, Visakhapatnam Metropolitan Region Development Authority VMRDA is relaunching the services this year anticipating good response this time and making advance preparation and publicity

Visakhapatnam: Despite mixed response to the heli-tourism service in the city last year, Visakhapatnam Metropolitan Region Development Authority (VMRDA) is re-launching the services this year anticipating good response this time and making advance preparation and publicity.

According to VMRDA Metropolitan Commissioner P Basanth Kumar, they have decided to charge Rs 10 as a token commitment for demand assessment and arrange slot in advance booking, which is starting from November 14.

The website of VMRDA mentions that heli-tourism will make a return to the city on December 28, coinciding with the Visakha Utsav and will continue till January 16. The tourism department is trying to bring up adventure sports to attract more tourist footfall to the city in the ensuing tourism season.

The heli-tourism introduced in the last year at Vizag had failed to draw good response due to high ticket fare of around Rs 2,500 per trip of ten minutes over the sea in the city. Most of the enthusiastic did not find it worth to such high amount of money for 10 minutes. The heli-tourism service was operated from a helipad at VUDA park for a few days later VMRDA has constructed a permanent helipad at Rushikonda.

The heli-tourism services were launched by Pawan Hans along with the government of Andhra Pradesh. While the pilot project was flagged off by Chief Minister N Chandrababu Naidu in December last year, the services had to be withdrawn soon because of lukewarm response. Despite getting off to a good start, heli-tourism fizzled out with many individuals citing the fee to be on the higher end. The VMRDA officials, however, defended the pricing saying that a lower price would not make the project financially viable.

VMRDA officials had decided to extend its service as an air ambulance during any medical emergency or drowning cases. As per plan, it was pressed into service for tracing six youth who had lost their way while trekking in Simhachalam hill range.