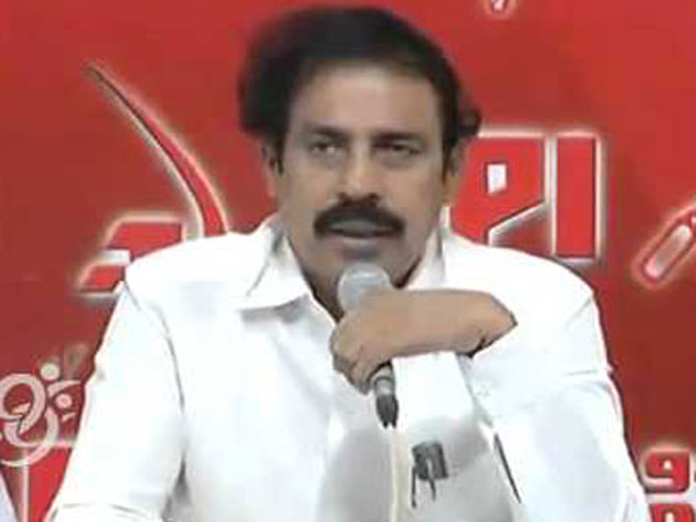 Anantapur: CPI State Secretary K Ramakrishna has denounced Prime Minister Narendra Modi for introducing 10 per cent reservations for upper castes with the political ploy of wooing the upper castes to vote in toto for him.

Addressing the media here on Friday, Ramakrishna said that the defeat of BJP in the recent Assembly elections prompted him to indulge in political tricks. He found fault with the Prime Minister fixing Rs 8 lakh as the income limit for benefiting from reservation. He said that in Narendra Modi's view anyone who is earning Rs 65,000 salary per month is eligible for the reservation.

By doing so, he has given a new definition to poverty. The CPI leader said that the ouster of CBI chief Alok Verma by the Centre within a span of 24 hours of reinstating him is an indication that the government has no regard for the Supreme Court.