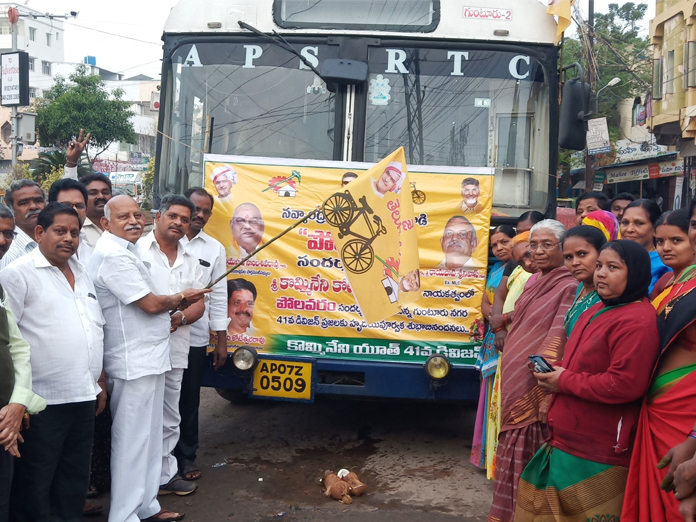 Guntur: Former MLC Dr Rayapati Srinivas on Tuesday flagged off the bus yatra to Polavaram Projet at Koritepadu in Guntur on Tuesday.

About 250 people started in the buses to see Polavaram Project from Guntur city.

Speaking on this occasion, he said that Chief Minister N Chandrababu Naidu would find a significant place in the history of Andhra Pradesh as he was striving tirelessly for completing the Polavaram project though the Centreal government was not cooperating, Naidu was constructing the Polavaram Project for the people of AP and assured the people that the project works would be completed very soon.

He said that the CM was constructing the project for future generations and asked the voters to bring TDP government into power for another term to continue development activity.