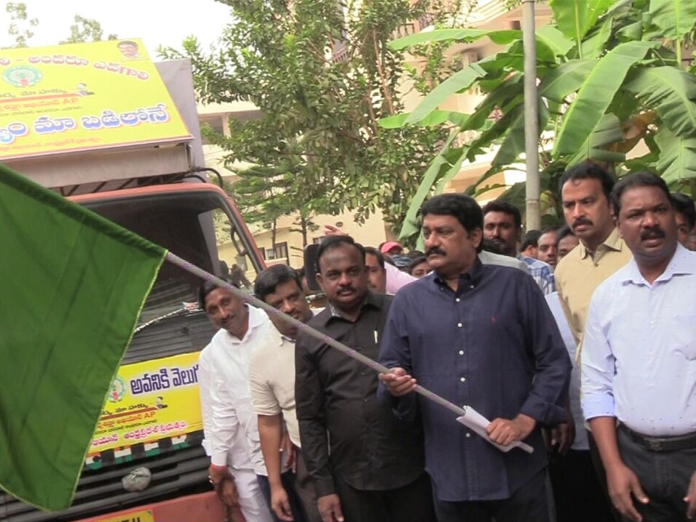 The vehicles would campaign across the state to create awareness among the public on the various educational schemes implemented by the Samagra Siksha Abhiyan (SSA).

Speaking to the media, Srinivas Rao said that the government was spending about Rs 25,000 crore on education in spite of a deficit budget.

He recalled that in 2014, the state was placed in the 17th position and now it secured 3rd place across the country.

He said that the state government introduced and implemented various successful schemes like ‘Badikostaa’ and ‘Badipilustondi’ to bring back the dropouts and strengthen the schools besides imparting quality education from the grassroots level.

He further said that ‘Badi Runam Teerchukundam’ initiative involved the public in development of the schools.

He said that the vehicles would cover 1200 villages across the state for 20 days.

Folk artistes will create awareness among the people on various educational schemes implemented by Samagra Siksha Abhiyan and the state government.

He said that through Harikatha and Burrakatha, the message will reach the public swiftly.