Temples in Prakasam braced up for Sivaratri celebrations 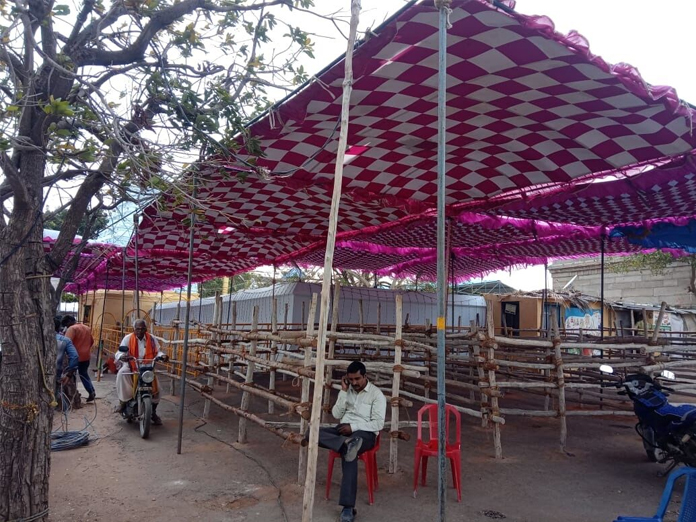 The endowments officials of Bhairavakona, Tirpurantakam, Sangameswaram, Ramateertham and other local temples of Lord Siva announced that they were making elaborate arrangements for Sivaratri festival

Ongole: The endowments officials of Bhairavakona, Tirpurantakam, Sangameswaram, Ramateertham and other local temples of Lord Siva announced that they were making elaborate arrangements for Sivaratri festival.

The Sri Tripuranthakeswara Swamy temple in Tripuranthakam completed the arrangements for the Mahasivaratri Mahotsavam from Saturday to Friday.

It started the festivities with Dhvajarohana on Saturday night and will end with Sayanotsvam on Friday, informed the temple EO B Ramesh.

The temple has planned the Maharudrabhishekam on Monday night, Kalyanam on early morning of Tuesday and Rathotsavam on Wednesday evening.

The arrangements at the Sri Ganga Balatripurasundari sametha Moksharamalingeswara Swamy temple in Ramateerham are almost complete, announced the temple trust board members and the executive officer A Prasanna Lakshmi.

They said that the Mahanyasapurvaka Rudrabhishekam will be performed from the evening of Monday and Kalyana Mahotsavam will be done on Tuesday morning. They informed that Minister Sidda Raghavarao was sponsoring the Annaprasadam to the devotees attending the festivities.

The APSRTC Podili depot manager announced that they were running 10 special buses to Ramateertham on Monday on the eve of Sivaratri.

He said the Sivakalyanam will be performed on the mid night of Monday at the Lingodbhavakalam. He added that they were planning for night stay of devotees also with the help of trust board members and chairman Tadiboyina Venkata Ramanaiah and other donors from the nearby towns.

The APSRTC is running 35 buses to Sangameswara Temple from Kandukur on Monday, as part of Sivaratri special services.

The festivities were already started in Parvathi Devi sametha Nirmamaheswara Swamy Temple in Podili, announced EO D Chandrasekhar. He said the Tirunalla was started on February 24 and continue up to March 9, for 14 days.

The Bhairavakona temple, which is at 5 kms distance in Nallamala forest from Kottapalli of CS Mandal was preparing for grand festival. The APSRTC was running 30 buses to Bhairavakona and Punogodu from Kanigiri on Monday.