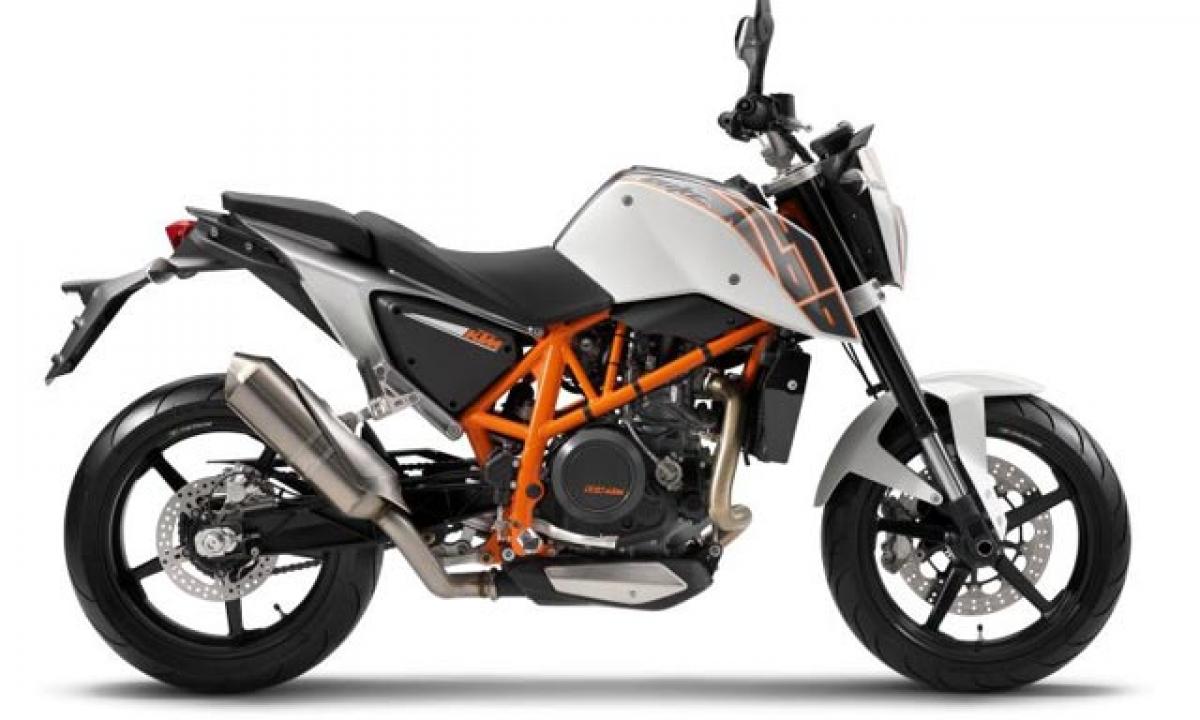 KTM seems to have quite the line-up for its 2017 launches. First, the next generation Duke 390, and now as per reports, the company will introduce two new bikes on an all-new 500cc and 700cc platform.

KTM seems to have quite the line-up for its 2017 launches. First, the next generation Duke 390, and now as per reports, the company will introduce two new bikes on an all-new 500cc and 700cc platform. One such test mule, which seems to be the KTM Duke 800 was spotted while testing in Europe. The bike has a number of resemblances to the current gen Dukes, albeit for a few elements.

The first big change is the heart of the bike. The new bike will be based on two all-new engines. Both engines are parallel twins with displacement figures of 500cc and 800cc. The engines will fill the void between the Duke 690 and the 1290 Super Duke, thus expanding the company’s portfolio. The bike also features upside down forks, twin discs up front, a high-swept exhaust, an alloy swing arm, and a windshield.

On the design front, the bike carries the typical KTM design which we have come to know from the Dukes. While it looks aggressive and striking, the exhaust might be a point of contention. Looks a bit awkward may I say? The fairing on the tank is extended forward to give it a sleeker stance. The riding posture also looks quite upright, which is in line with the Duke family.

Being a KTM we can expect the pricing to be quite aggressive. The company will try and position it to undercut the Kawasaki Z800 which has been the value for money proposition in the segment for a long time. The bike will be made in India alongside the Duke 125, 200, 250, and 390. However, whether or not it is launched here, is still questionable.