IKEA geared up for the India launch; Will it make a sustainable impact? 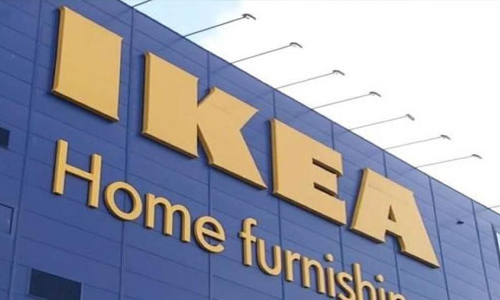 Swedish retail giant IKEA is all set to enter the Indian market, 12 years after its initial proposal With its first four stores coming up later this month in Hyderabad, the company, going forward will launch stores in Mumbai, Bengaluru, Delhi NCR, Ahmedabad, Surat, Pune, Chennai and Kolkata

Swedish retail giant IKEA is all set to enter the Indian market, 12 years after its initial proposal. With its first four stores coming up later this month in Hyderabad, the company, going forward will launch stores in Mumbai, Bengaluru, Delhi NCR, Ahmedabad, Surat, Pune, Chennai and Kolkata.

IKEA got the approval from the Central government for its Rs 10,500 crore investment plan for setting up stores in India nearly five years back. Now, the Swedish furniture maker will launch its first store at Hyderabad on July 19.

With an investment of Rs 1,000 crore, the sprawling five-acre store in Hyderabad will be coming up in the IT hub- Madhapur.

According to a company spokesperson, a team of 150 employees will assemble furniture for customers at home, a contrast to the do-it-yourself (DIY) module which is implemented across the globe. With a parking space including the capacity of 2,000 cars, this store will also offer for the first time in the world home delivery along with furniture assembly.

In a bid to woo customers, local delicacies such as biryani, samosas are being offered in its menu to suit local palates. India IKEA assured to stick with low price points keeping in view of the local sentiment and affordability of the average customers.

As the company intends to foray across the county, the stores will be set up in 49 big Indian cities as IKEA aims to reach 200 million customers in India in the next three years.

With the entry of big corporate brand such as IKEA into the Indian market, local business is likely to take a hit to an extent as they go across cities. As the company plans to foray into online sales next year in Mumbai, the online furniture market would witness a significant expansion over the demand for Ikea, especially from the cities which are yet to set up the store.

As the retail fever is escalating in the stock market, the business could pay off in India with the development of better supply chains, mass production, global integration, and increased tax collection positively impacting the economy.

So far, the market structure has witnessed a relatively slow change in view of the emergence of retail chains but with big dependable brands venturing into India, the change of pace could witness a boost.

Regardless, the foreign investment in retailing has a barrier to cross with at least 30 percent of goods sold through foreign-owned retail chains to be locally sourced, which can be termed as a major benefit.

Walmart’s existing business is local-sourced to more than 90 percent by now, while IKEA is set to begin with a local sourcing of about 20 percent and will increase it to 30 percent in the next five years.