Hyperlocal Market has Observed more than 27 Deals in the Form of Funding from Venture Capitalists and Angel Investors​: Ken research 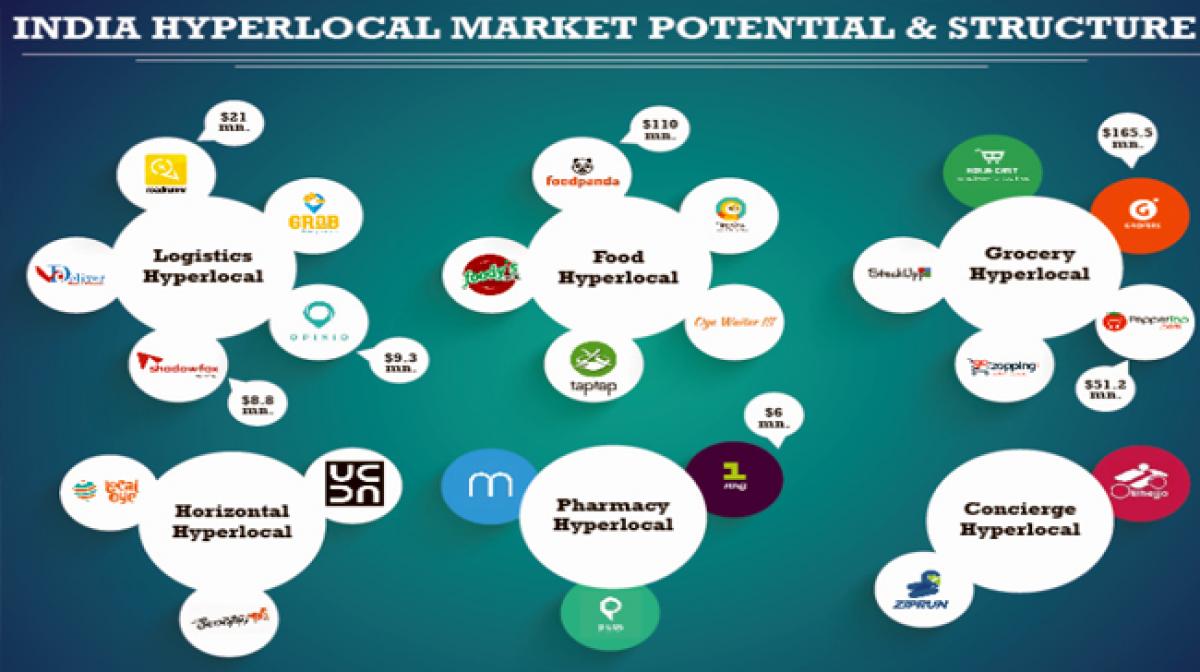 Hyperlocal service based or industry based sector is largely an urban Indian phenomenon. Services are Hyperlocal by means of their nature and are driven by locality or community in which they operate.

Hyperlocal service based or industry based sector is largely an urban Indian phenomenon. Services are Hyperlocal by means of their nature and are driven by locality or community in which they operate. Hyperlocal market in India has been segmented in six broad categories namely logistics, Food-chefs and Restaurants, Grocery, Pharmacy, Concierge, Logistics and Horizontal Hyperlocal space. Hyperlocal market largely operates by means of an aggregation model that involves coupling of logistics/delivery services to improve the last mile delivery.

according to the Research Analyst, Ken Research,The Hyperlocal market in India has largely been driven by rising number of startups and “on-demand delivery preference” of the consumers. Collaboration with merchants and customers through a flexible mobile application acts a business model for Hyperlocal firms in India. Significant number of startups which operate in the Hyperlocal market place on the basis of milk and run model[1] wherein members pick up and drop off deliveries on a dynamic route.

India Hyperlocal market has been driven by the rise in the number of startups due to demographic diversity, vast consumer base and growing digitization. The market has witnessed a transformation from brick and mortar stores towards development of mobile application. Hyperlocal market in India is majorly a collaboration of benefits and convenience of online shopping.

The market space has witnessed a rise in the number of startups since 2014 with more than 27 deals in the year 2015 and has received a funding of more than USD 250 million since January, 2015 with Sequoia Capital being the largest investor in the market. Grofers (USD 120 million) has received the highest amount of funding in the Hyperlocal marketplace followed by Swiggy (USD 35 million) and Zopper (USD 20 million).

according to the Research Analyst, Ken Research,India Hyperlocal market has been driven by the rise in the number of startups in the past few years. The market has been divided into five major segments namely Logistics, Grocery, Food Delivery, Pharmacy and Horizontal Hyperlocal segment.

The major players dominating the Hyperlocal segment are Roadrunnr (Logistics), Grofers (grocery), Foodys.in (Food delivery) and Local Oye (Horizontal Hyperlocal market). Hyperlocal startup is an urban India phenomenon and has been fuelled due to the rise in instant demand of the customers. according to the Research Analyst, Ken Research.