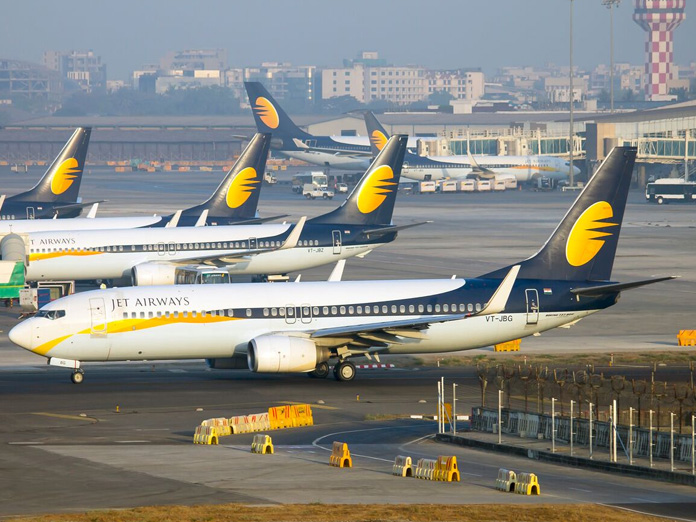 Shares of Jet Airways came under selling pressure on Wednesday and slumped nearly 8 per cent amid uncertainty over the revival plan of the company The stock tanked 795 per cent to close at Rs 271 on BSE During the day, it plummeted 962 per cent to Rs 26605 O

Jet Airways, which has also defaulted on loan repayments, is looking to raise funds and is in discussions with Etihad and lenders to chart the way forward. There is a proposal for Etihad raising its stake in the full service from the current 24 per cent. According to reports, Etihad might have to make an open offer in case it is hiking the stake in Jet Airways. Etihad has sought an exemption from the market regulator on preference pricing and open offer guidelines, the reports added.

Under market regulator Sebi's norms, entities have to make an open offer in case their shareholding in listed companies goes beyond a certain threshold. The company in a statement referred to the various media reports concerning an alleged communication sent by Etihad Airways PJSC to the State Bank of India in relation to the resolution plan for Jet Airways.

"At the outset, we hereby categorically state that nothing mentioned in the various media reports shall be deemed to be attributed to the company and we also vehemently deny any discussions or disclosure on our part, with any media concerning the matter," Jet Airways said in a statement Wednesday.