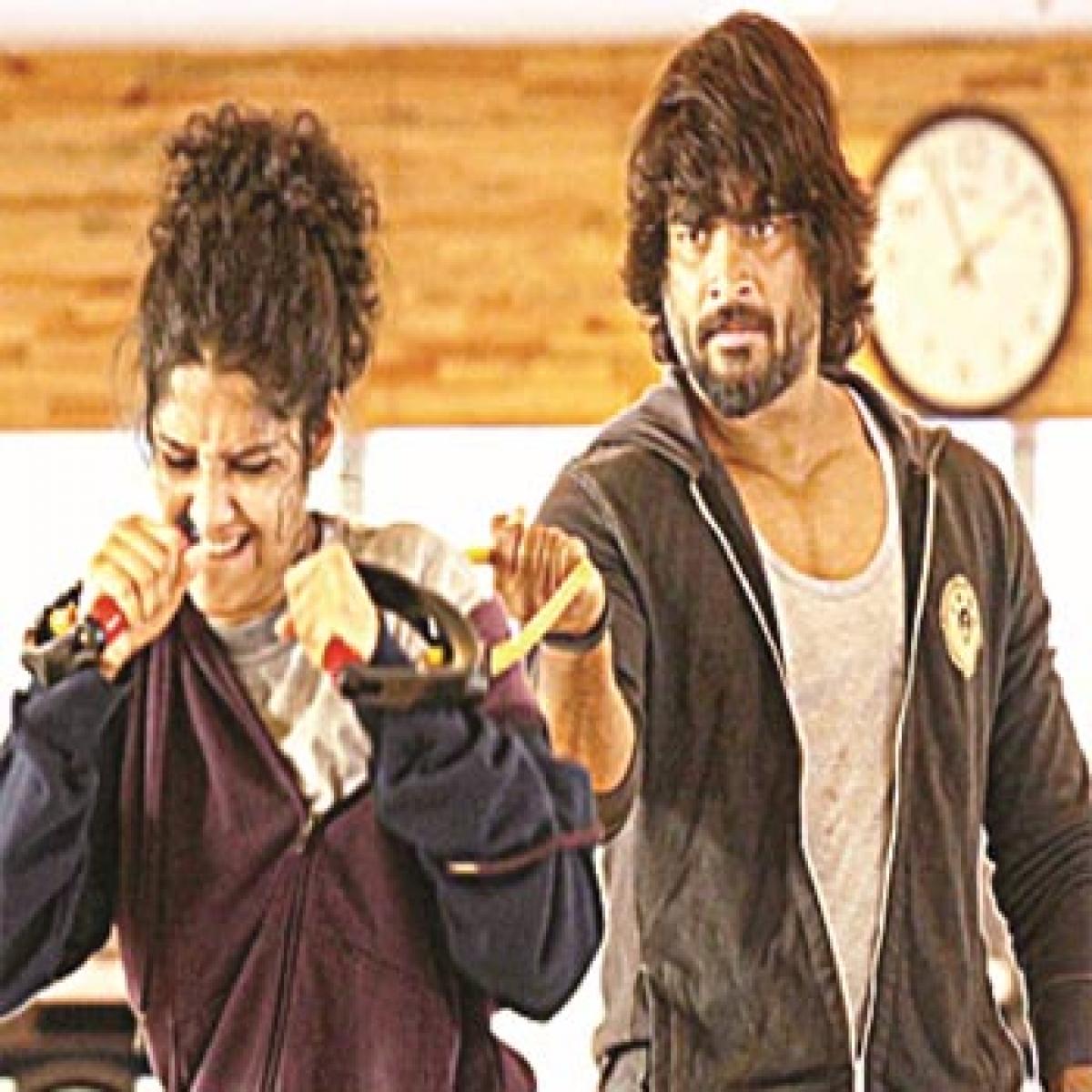 Angst. 109 minutes of angst. Khadoos it truly turns out to be. Our latest sport outing revisits Chak De and unabashedly so. The out of favour coach, the underdog sportsperson who is working for the moment on the victory stand, the frustrations and rejections, the gender bias – the stereotypes aplenty. Only this time round the flavour is boxing.

Angst. 109 minutes of angst. Khadoos it truly turns out to be. Our latest sport outing revisits ‘Chak De’ and unabashedly so. The ‘out-of-favour’ coach, the underdog sportsperson who is working for the moment on the victory stand, the frustrations and rejections, the gender bias – the stereotypes aplenty. Only this time round the flavour is boxing. Perhaps that is the seasons flavour, ‘Mary Kom’, ‘Brothers’ and now ‘Saala Khadoos’.

Even the promos of the film tell it all. We have Adi Tomar (Madhavan – all tucked in and bulged for the role) who is a frustrated boxing coach. We are saved of the road to such anger and revolt except that he is unruly and believes in using his trade skills at the drop of a hat as the best form of communication (talk of intolerance). Abetting him to anger is his former competitor and more successful sports manager Dev (Zakir Hussain) who has enough reasons to hate Adi and enough power to ruin his life.

When he gets photographic evidence of Adi being critical of him, he decides to post him at Chennai as it is the place where a boxing coach has precious little to do. Angered and bearded in proportion to the muscle, our angst-filled protagonist lands in Chennai with choicest epithets and crude one-liners. He first tells off the local coach Pandiyan (Nasser – the talent that needs to be kept in check, lest he goes overboard). He also makes socially unacceptable and sexist statements about the students.

Wonder how he reached any official position with a tongue so filled with vitriol. He also finds that the local talent Laxmi (Mumtaz Sorcar) is overrated and hardly has a chance. Laxmi of course hopes to make it to the police department on the sports quota and to support the poor fisherman family. Her sister Madhi (Ritika Singh) is full of fizz and is willing to take on the unrequited battle and convert it to a war. It is in the unambitious and quarrelsome sibling that our genius notes talent and goes about promoting her.

After the initial neighs, the eye is in place. Soon Madhi falls in love with Adi. Finding this a distraction the coach rejects any romantic moves from the ward. With a vengeance she decides to payback with failure instead of success. Also there is brewing sibling rivalry from the aspirant sister who sees her dreams going sour after the younger member of the family joins the boxing ring. We also have the management completely in the hands of the vile Dev who would do anything from requiring sexual favours from aspirant boxers even in a train journey to stalking the coach and his plans to ensure he fails.

There is a finale where the Indian wild card entry returns to the ring to avenge an earlier bout with the Russian champion and even a moron would tell you how the boat is going to end in the midst of photographic moments of heroics. The film fails to energise the spirit of sport. On the other hand it takes an all time low take and even in victory sees failure and defeat. Also everyone is vile or angry and without cause. While the depiction may be stylised, it lacks spirit. What makes the film is the fine performance from the lead players.

While Kaali Venkat, Nasser, Mumtaz give the film a dose of sincerity, Zakir Hussain plays the vile guy with great understanding. Madhavan showcases his talent in a major role. You, however, get the feel that he is a tad over prepared for the job. Central to the film with a very lively performance, perfect body language and wonderful emoting skills is Ritika. Hopefully we will get to see more of her in the near future.