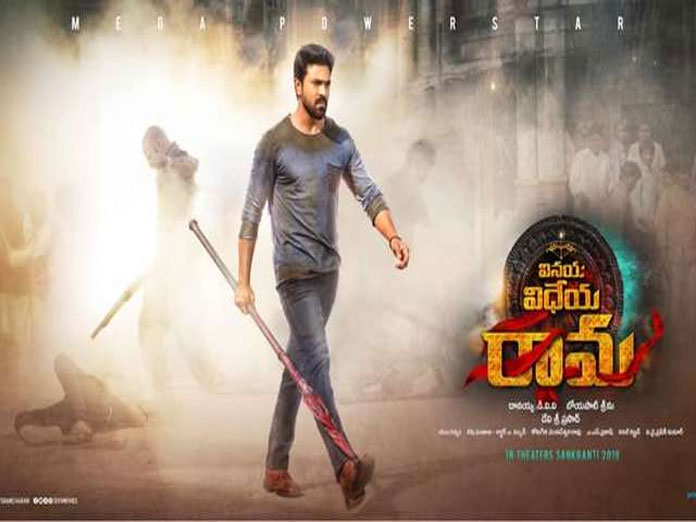 Mega Power Star Ram Charan and Kiara Advani played the lead roles in the latest Sankranthi release Vinaya Vidheya Rama. The film failed to live up to the expectations of the fans and audiences. In the first week, the movie was successful only in collecting an amount of 50 crores at the box-office. The makers wanted to turn the film into a blockbuster but unfortunately, the film flopped and resulted in a negative criticism on the makers.

The following is the breakdown of the first week collections.

Directed by Boyapati Srinu, the movie is produced by DVV Danayya under DVV Entertainments banner.