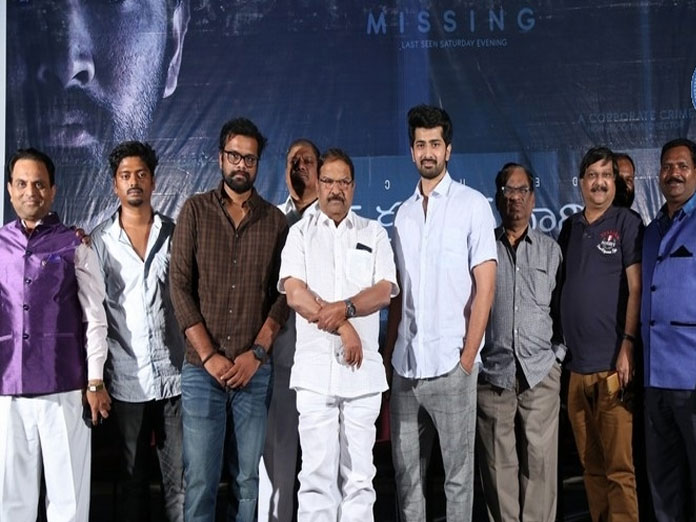 Prudhvi Dandamudi and Maira Doshi starrer 'IIT Krishnamurthy' is a corporate crime thriller directed by debutante Sree Vardhan. Prem Kumar is presenting the film produced by Prasad Nekuri under Crystolyte Media Creations banner. Teaser of the film with unique story and screenplay has been unveiled by KS Rama Rao.

While speaking on the occasion, KS Rama Rao said, “The film’s director Sree Vardhan is a talented and good human being. The teaser looks absorbing and engaging with exceptional work from all the technical team. Hero and heroine look good. I wish all the very best for the team.”

Director Sree Vardhan said, “Thanks a lot for all the guests. We made an intense crime thriller which will please youth of this generation. I can’t forget the support from my producer. Hope, everybody will like our IIT Krishnamurthy.”

The film’s presenter Prem Kumar said, “Though it is a first film for producer Prasad, he has picked a winning script. I wish entire team to score success.”

Producer Prasad said, “I’m very new to cinema field. We made the film as we liked the hard work and dedication of writer and director. The concept is universal. So, Prem Kumar came forward to support us.”

Hero Prudhvi Dandamudi said, “Though I’m a hero, my team members are the real heroes. Producer Prasad garu has made the film with conviction. We worked really hard for best outcome. Special thanks to all the guests.”