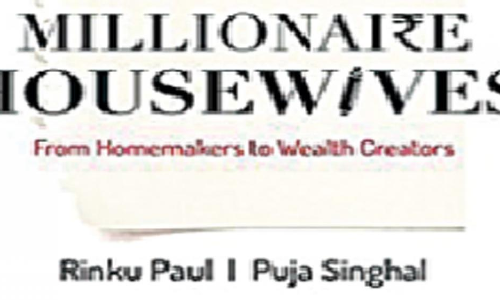 Twelve stories of ordinary women who achieved extraordinary things out of sheer will and determination come together in Rinku Paul and Puja Singhal’s ‘Millionaire Housewives’, to inspire readers to achieve anything one wants to.

Twelve stories of ordinary women who achieved extraordinary things out of sheer will and determination come together in Rinku Paul and Puja Singhal’s ‘Millionaire Housewives’, to inspire readers to achieve anything one wants to.

One such story is that of the well-known make-up artist Ambika Pillai. There is a monumental struggle that went behind the glitter and glamour of her life that we see today. Displaying unbridled courage when the going got tough, the story of Pillai is one to stay with us forever.

Here is an excerpt of her story from the book, ‘Millionaire Housewives’:
At the tender age of seventeen, my life took a decisive turn when a prospective groom came to see me. I didn’t even know his name. The one thing about him that impressed me though was his impeccable English. He had an MBA degree, was a gold medallist no less, and I gave up my world without any reservations to follow him to his.

The excitement didn’t last long though. Despite his seemingly bright prospects, the reality check arrived as soon as I moved in with him to a tiny single-room apartment in Calcutta, a far cry from my sprawling home in Kerala. I was expected to wear a saree, be up at 5 a.m., cook, clean—things that I had never done before. I didn’t protest, refusing to let any of this affect me since I wanted to make my marriage work.

I began to take many other things in my stride; being made to feel that I was not good enough on account of my lack of education was only one of them. I would have lived with all of this, but ours really wasn’t a marriage at all.