Billionaire to fund the Booker Prize 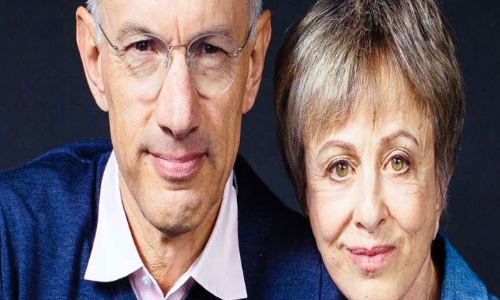 Silicon Valley billionaire Michael Moritz and his wife Harriet Heymans charitable foundation Crankstart will be the new supporter of the Booker Prize, its trustees announced on ThursdayThe announcement came a month after the Man Group said it was ending its sponsorship of the prestigious award for literary fiction

Silicon Valley billionaire Michael Moritz and his wife Harriet Heyman's charitable foundation 'Crankstart' will be the new supporter of the Booker Prize, its trustees announced on Thursday.The announcement came a month after the Man Group said it was ending its sponsorship of the prestigious award for literary fiction.

The new arrangement will begin on June 1 after the 2019 Man Booker International Prize winner announcement, which will also mark the conclusion of 18 years of sponsorship by Man Group, the Booker Prize Foundation said. Thereafter, the original prize will once again be known as The Booker Prize, while the prize for literature in translation will become The International Booker Prize.

"We are thrilled that The Booker Prizes have found such marvellous philanthropic supporters in Crankstart, whose founders share our vision and values. With its support, we look forward to developing initiatives for The Booker to reach new audiences of every generation and background around the world," Helena Kennedy, Chair of the Trustees of the Booker Prize Foundation said in a statement.

She said that with Crankstart's backing, they will be able to continue the charitable activities of the Booker Prize Foundation. She said the foundation will work with the National Literacy Trust in prisons, and with Royal National Institute of Blind People (RNIB), one of the UK's leading sight loss charities, to make the shortlist accessible to blind and partially sighted readers, as well as in universities around the UK.

Crankstart was established by Michael Moritz and Harriet Heyman in 2000 to support "the forgotten, the dispossessed, the unfortunate, the oppressed and causes where some help makes all the difference". Crankstart has been organising and supporting scholarship funds for students from low-income households at the University of Oxford and the University of Chicago, among others.

The 50,000-pound award is among the most coveted literary honours and apart from the global recognition that the winning novels gets, the Prize also boosts its sales manifold. In the week following the 2017 winner announcement, for instance, the sales of 'Lincoln in the Bardo' by George Saunders increased by 1,227 per cent.