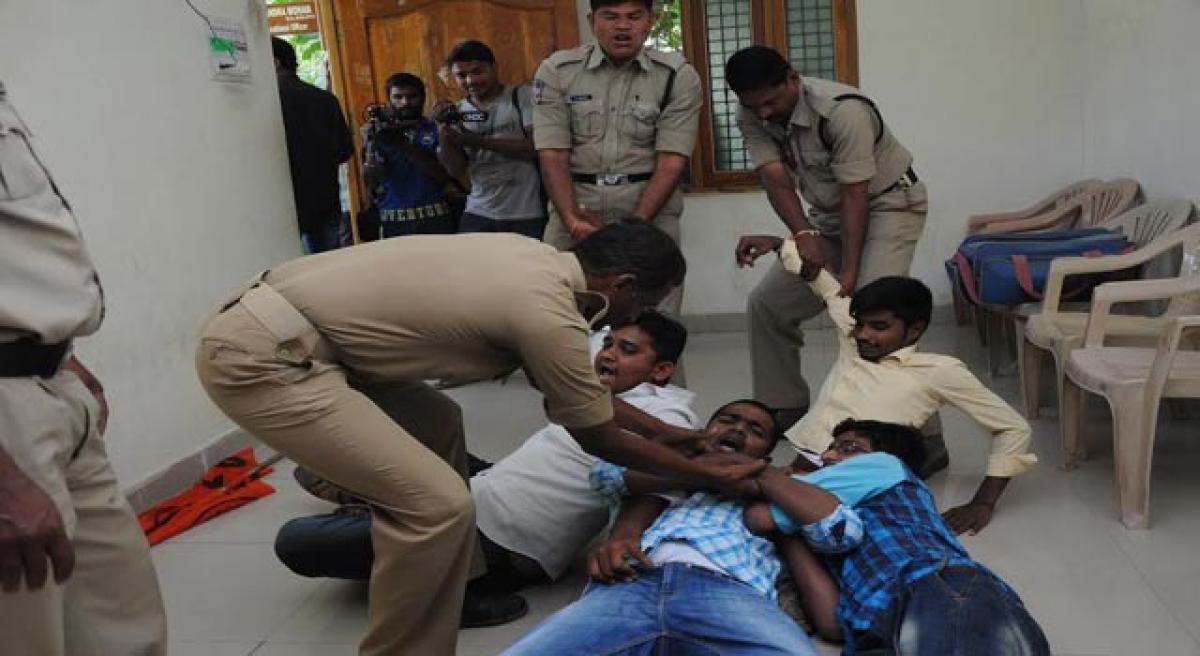 The ABVP members barged into the DEO Office in Nalgonda and staged a sit-in in front of chamber of DEO. They raised slogans demanding the officials to...

Nalgonda: The police arrested members of Akhil Bharatiya Vidyarthi Parishad (ABVP) who staged a dharna in front of chamber of District Education Office (DEO) on Tuesday demanding action against the private schools which were collecting excess examination fee from Class 10 students.

The ABVP members barged into the DEO Office in Nalgonda and staged a sit-in in front of chamber of DEO. They raised slogans demanding the officials to take measures to desist the managements of private schools from collecting excess examination fee from the students.

After receiving the information, the Nalgonda Town-I police rushed to the DEO office and bundled away the agitating members to the police station. Earlier speaking to the media, ABVP city secretary Pamanagundla Naveen alleged that managements of Alpha and Chaitanya schools were collecting Rs 2,000 from Class 10 students as examination fee, which was actually just Rs 125.

The managements of the schools were also not responding properly when the parents of the students questioned about the errant practice, he added. ABVP leaders J Naresh, Pandu Naik, Nagaraju, Devender, Rakesh and Tarun took part in the protest demonstration.